Business Secretary commits to taking forward the Energy Bill, a major step forward in building a secure future that is powered by cheaper, cleaner British energy, for Britain 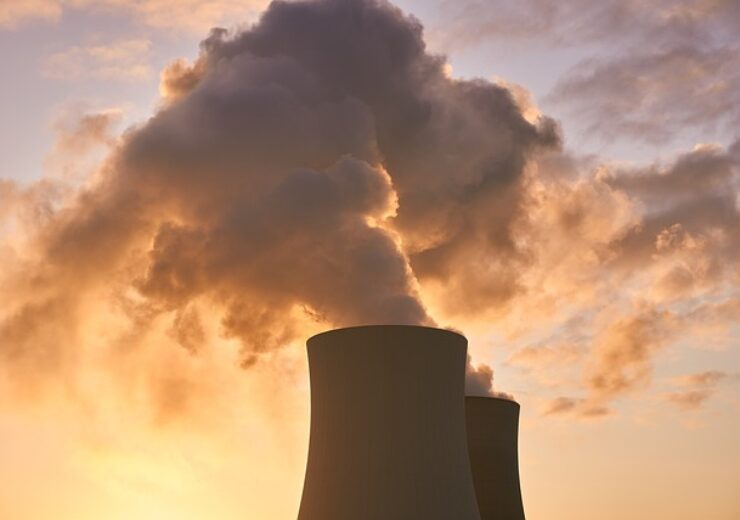 Today the government is driving forward plans to build a secure energy future, creating cheaper, cleaner energy from British sources, for Britain. This includes continuing the revitalisation of the UK nuclear industry by confirming the first state backing of a nuclear project in over 30 years, part of the UK’s biggest step yet in the journey to energy freedom.

The government’s historic £700 million stake in Sizewell C is positioned at the heart of the new blueprint to Britain’s energy sovereignty, as plans to develop the new plant are approved today. This is expected to create 10,000 highly skilled jobs and provide reliable, low-carbon, power to the equivalent of 6 million homes for over 50 years.

Today’s approval comes alongside the government’s continued commitment to develop a pipeline of new nuclear projects, beyond Sizewell C. To support this, the UK is working at pace to set up Great British Nuclear, the vehicle tasked with developing a resilient pipeline of new nuclear builds, with an announcement expected early in the new year.

The driving force that will power up this long-term plan is the Energy Bill, which is being driven forward in Parliament, forming part of today’s once in a generation plan to put in place powers to shield Britain from global forces and secure energy for future generations.

It comes as the UK sets a new ambition to reduce energy demand by 15% by 2030. This is backed by a new £1 billion ECO+ insulation scheme, and a major expansion to the government’s public awareness campaign – all of which will help households cut back on energy waste and deliver warmer homes and buildings and cheaper energy bills.

Today’s historic deal giving government backing to Sizewell C’s development is crucial to this, moving us towards greater energy independence and away from the risks that a reliance on volatile global energy markets for our supply comes with.

This is at the heart of a package of measures that – together with the new Great British Nuclear and powers of the Energy Security Bill – will ensure secure supply for now, and for generations to come.

Chancellor of the Exchequer Jeremy Hunt said: Today’s investment in Sizewell C represents the biggest step on our journey to energy independence – the first state backing for a nuclear project in over 30 years. Once complete, this mega project will power millions of homes with clean, affordable, home-grown energy for decades to come.

Together with our drive to improve the nation’s energy efficiency, this package will help to permanently bring down energy bills and stop Britain being at the mercy of global gas prices beyond our control.

Simone Rossi, CEO of EDF Energy said: This is a big vote of confidence in Sizewell C and we are very excited the government is partnering with us to prepare the project for further investment. Sizewell C will build on the achievements of Hinkley Point C and replicating its design will provide more certainty over schedule and costs. It will deliver another big boost to jobs and skills in the nuclear industry and provide huge new opportunities for communities in Suffolk. New nuclear will protect Britain from volatile global gas markets and help keep bills under control for the country’s homes and businesses.

Greater energy efficiency will strengthen Britain’s energy independence and reduce household bills permanently, and we welcome government’s action. We are ready to step up our installation rates to help more households benefit from lower bills.

John Pettigrew, Chief Executive of National Grid, said: We welcome the continuing progress of the Energy Bill. National Grid plays a vital role at the heart of the energy transition and we look forward to continuing to work together with government to realise its bold net zero goals including delivering 50 GW of offshore wind power and establishing an independent system operator and planner. It is clear that progressing the energy transition at pace is the surest route to more affordable bills, greater energy resilience and a more energy independent UK.

Investment in nuclear power
For many years the UK was a leader in the civil nuclear field, but when exchanged for gas, the UK’s nuclear industry has languished behind. That’s why today, the government has confirmed it will be pushing ahead with Sizewell C in Suffolk, following intentions set out in the Autumn Statement. This is expected to provide reliable and low carbon power to the equivalent of 6 million homes for over 50 years and, as it’s being built, will create up to 10,000 highly skilled jobs across the UK. The historic £700 million investment will enable the British

Government will become a 50% shareholder in the project’s development with EDF and will work together with the project company to raise capital investment for the project. The move is the first direct government investment in a new nuclear power project since Sizewell B, the last nuclear power station to be built in the UK, was approved for construction in 1987.

For Britain to achieve energy security, a pipeline of new nuclear is needed, alongside one large-scale project. Today the government is confirming its commitment to set up Great British Nuclear, an Arms’ Length Body (ALB) which will develop a resilient pipeline of new builds, beyond Sizewell C. With support from industry and our expert adviser Simon Bowen, this vehicle will help through every stage of the development process while ensuring these projects offer clear value for money for taxpayers and consumers. The UK government can confirm today that it will back Great British Nuclear with funding to enable the delivery of clean, safe electricity over the decades to come, protecting future generations from the high price of global fossil fuel markets, with an announcement expected in the new year.

Legislating to drive investment and to secure our energy future
The vehicle to power up the long-term plan, the Energy Bill, is on track and will be driven forward in Parliament. As the most significant piece of primary energy legislation since 2013, the Bill will liberate private investment and drive jobs and growth by helping to transform the UK’s energy industry. The Bill has a strong focus on enabling the deployment of homegrown, low-carbon technologies such as turbocharging the nascent CCUS and hydrogen industries, in which we already have a global head start. It will also encourage competition in the energy sector – and above all it will help to create clean jobs and cheaper bills.

These mark major steps forward in making Britain an independent and self-sufficient energy producing nation, ensuring consumers across the country can benefit from warmer, energy-efficient homes and buildings which are powered by home-grown clean energy.

Boost energy efficiency
Warmer homes and buildings are key to reducing bills and will create jobs along the way. That is why the government is committed to driving improvements in energy efficiency with a new ambition to reduce the UK’s final energy consumption from buildings and industry by 15% by 2030 and new ECO+ insulation scheme, announced earlier this week.

To further support the government’s new energy demand reduction target, the government has expanded its public awareness campaign to help reduce bills for households and protect vulnerable people over the winter and beyond. Backed by £18 million, this campaign will complement existing government support schemes. It will use public messaging to increase consumers’ capability to reduce their own household usage and bills through making their homes more energy efficient for next winter while equipping vulnerable groups with the right information for reducing energy usage without harming their health.

Complementing existing government support schemes such as the Energy Price Guarantee and the Energy Bills Support Scheme, the government’s expanded energy demand campaign will centre around key actions the government is advising the public to take, such as: