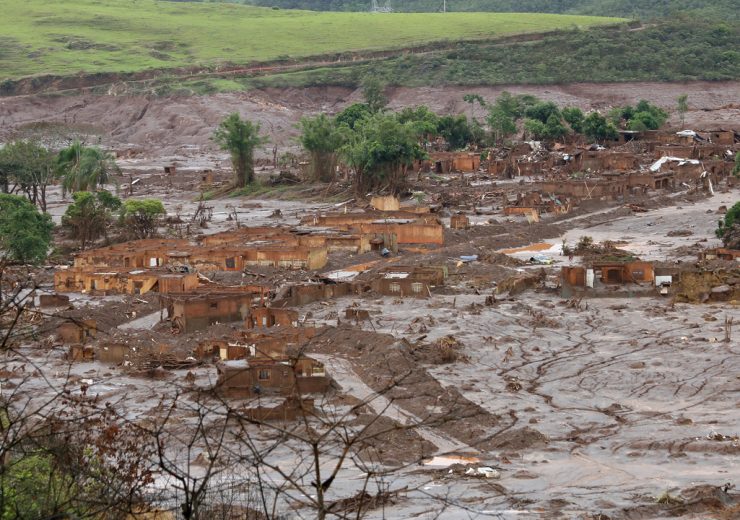 The village of Bento Rodrigues after the disaster in Brazil. (Credit: Senado Federal/Wikipedia)

The UK Court of Appeal is reportedly set to conduct a hearing on a request to reconsider the $6.95bn lawsuit against BHP over a 2015 dam disaster that took place in Brazil.

According to a court order seen by Reuters, an oral hearing on the request was agreed by Judge Nicholas Underhill.

The judge was quoted by the news agency as saying in the order: “I am satisfied that, exceptionally, an oral hearing is appropriate in this case.”

The oral hearing could result in overturning a decision earlier made by Court of Appeal to reject a Brazilian claimant group permission to reconsider the lawsuit.

The lawsuit was filed by SPG Law, which is now PGMBM, on behalf of over 200,000 Brazilian individuals and organisations fighting for compensation for the victims and environmental restoration.

BHP spokesman was quoted by Reuters as saying: “Previous (court) rulings have supported our position that the civil claim proceedings were unnecessary as they duplicated matters already covered by the existing and ongoing work of the Renova Foundation and are, or have been, the subject of ongoing legal proceedings in Brazil.”

Launched by BHP’s Brazilian division, Samarco and Vale in 2016, the Renova Foundation is a redress scheme.

In November last year, the High Court of Manchester in the UK blocked the lawsuit against BHP over the Fundão tailings dam disaster in Brazil.

The disaster at the Samarco iron ore operation in Minas Gerais reportedly killed as many as 19 people. The Doce River was polluted by the disaster and resulted in affecting marine life and the toxic sludge contaminating drinking water.