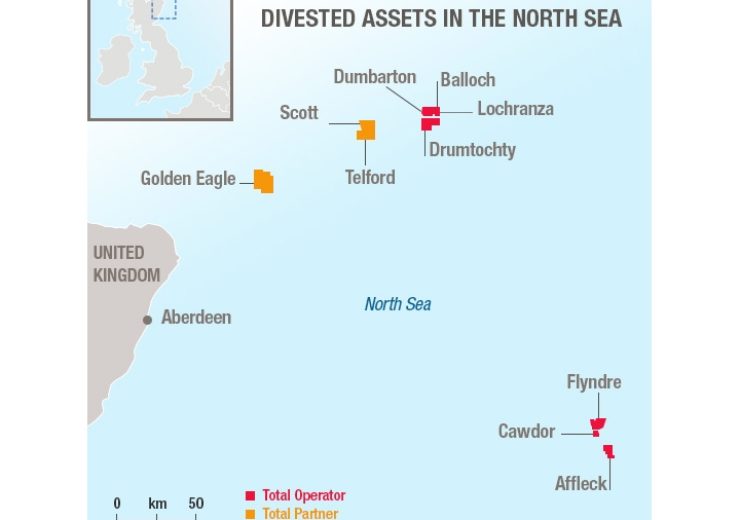 A map showing the Total’s assets in the UK North Sea considered for sale. (Credit: Total)

Total initially signed an agreement in July 2019 to divest its stakes in 10 UK offshore fields for $635m to Petrogas Neo, a joint venture between Petrogas and Norway-based private equity investor HitecVision’s company NEO.

However, Total and HitecVision have renegotiated the financial terms of the deal to respond to the current environment and market volatility. Petrogas will exit the transaction.

Under the restructured deal, NEO will acquire a material, cash generative portfolio of assets in four producing areas of the UK North Sea.

Total will also sell two asset clusters, the Quad 15 and Flyndre areas, and an operator organisation of more than 80 employees and contractors.

Total chief financial officer Jean-Pierre Sbraire said: “We have worked closely with HitecVision and its portfolio company NEO Energy to reconfirm our mutual commitment to completing the deal.

“The agreed revisions respond to current market conditions while retaining the majority of the value of the transaction. The structure of the consideration and phasing of payments has been modified, including interest-bearing vendor financing and earnout arrangements.

“We look forward to progressing swiftly to completion and for NEO Energy to take over operations. We are confident that this sale is the right thing for both parties and for the business and its employees.”

Subject to regulatory approvals, the transaction is planned to be completed by the third quarter of 2020.