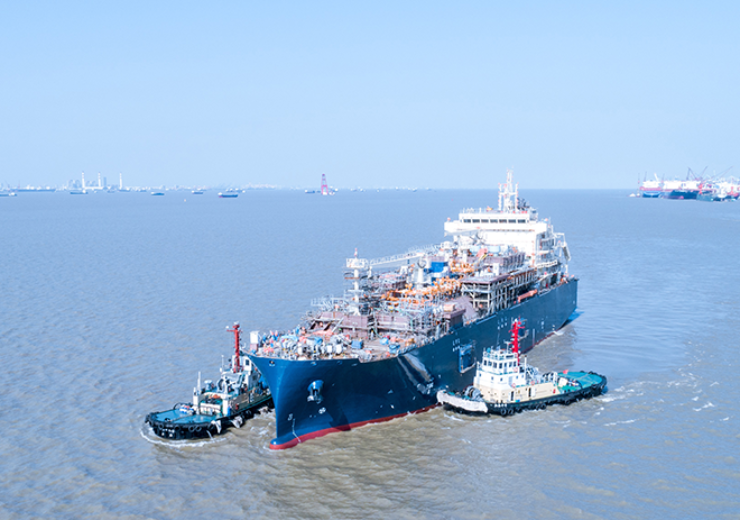 Image: The bunker vessel is built by Hudong-Zhonghua Shipbuilding at Shanghai. Photo: Courtesy of Total.

Total intends to operate the bunker vessel in Northern Europe, to supply LNG to commercial vessels for a period of at least 10 years, after it is delivered in 2020.

“This first ship demonstrates our commitment to offering our customers both more environmentally friendly fuels and the associated logistics. Thanks to this pioneering investment, Total is making a positive contribution to the sustainable evolution of global shipping.”

The bunker vessel is built with the high environmental standards

The company said that the construction of LNG bunker vessel aligns with the decision of the International Maritime Organization (IMO) to significantly limit the sulphur content of marine fuels as of 2020.

Using LNG as a marine fuel would reduce emissions from ships, resulting in a significant improvement in air quality, and the transition from heavy fuel oil to LNG would be a viable and effective solution for maritime transportation.

The bunker vessel with a capacity of 18,600m3 is built by Hudong-Zhonghua Shipbuilding at their Shanghai shipyard, featuring advanced tank technologies, offered by the French company GTT.

Total said that its new 135m long vessel is being designed to be highly maneuverable, and capable of being operated safely in the ports and terminals considered.