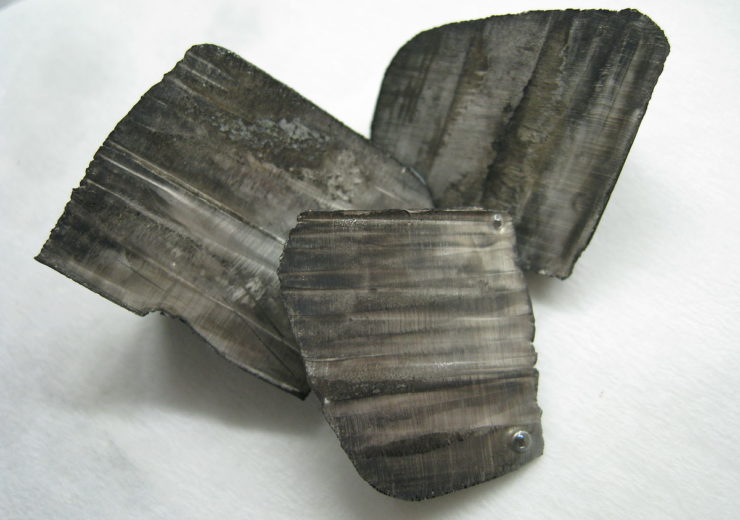 Tianqi Lithium is one of the leading producers of lithium in the world. (Credit: Dnn87/Wikipedia.org)

Tianqi Lithium has revealed that Chengdu Tianqi Industry Group, its controlling stakeholder, intends to sell nearly a sixth of its holding in the company in a move to raise over $200m in cash proceeds.

The China-based lithium producer has been facing liquidity issues owing to a steep decline in lithium prices.

The company said that it is engaging with banks to get them to ease the terms of its debt, reported Reuters. Tianqi Lithium’s debt includes a loan of $3.5bn it sought for its $4.07bn acquisition of Chile-based Sociedad Química y Minera de Chile (SQM), which was announced in 2018.

Currently, Chengdu Tianqi Industry has a stake of 36.04% in Tianqi Lithium. As per a filing to the Shenzhen Stock Exchange, the group will put up a maximum of 88.6 million shares, representing 6% of its stake in Tianqi Lithium’s stock, from 3 July.

Chengdu Tianqi Industry anticipates the sale to be wrapped up within six months.

The group will be selling a stake of up to 2% through competitive bidding and the remaining stake of around 4% will be sold through a block trade, prices for which are yet to be decided.

In the stock exchange filing, Tianqi Lithium stated that the objective of the sale was for repaying debt that was incurred by the parent company by committing a large chunk of its shares.

Despite reducing its stake following the sale of shares, Chengdu Tianqi Industry will continue as the controlling stakeholder in the lithium producer.

Tianqi Lithium has resource and production assets across the lithium regions of Australia, Chile, and China.

The company is presently operating three chemical plants in China located across Jiangsu, Sichuan, and Chongqing. Apart from that, the company also has a battery-grade lithium hydroxide processing plant in Kwinana, Western Australia.