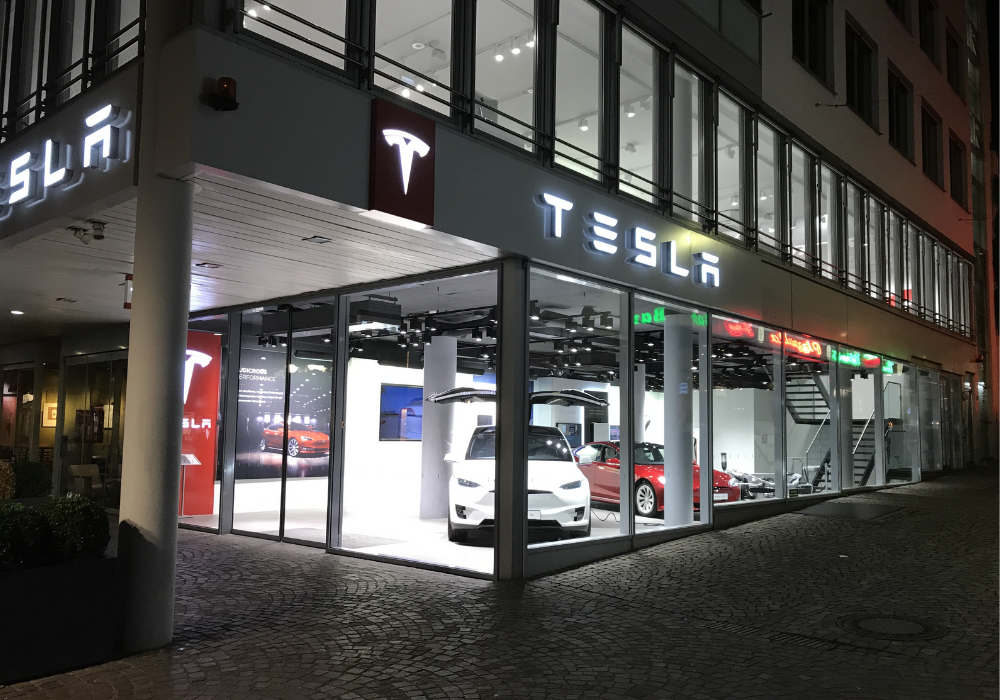 Tesla has a market value of almost $89bn (Credit: Ominae)

The Silicon Valley-based firm is now the highest-valued US carmaker ever, with its market value of almost $89bn eclipsing the $80.8bn record set by Ford in 1999.

Tesla enjoyed its best year of sales over the past 12 months following a bumper year for its Model 3 electric car.

David Leggett, automotive editor at data and analytics firm Global Data, said his company’s analysis of major industrial themes in automotive and company rankings shows Tesla at the top of the leader board.

But despite its growth over the past year, he believes investors still fundamentally see Tesla as a “sunrise company” and CEO Elon Musk as a “charismatic disruptor”.

Why Tesla’s market value has increased

But those figures are some way off the value of Japanese car maker Toyota, at about $232bn, and lagging behind Germany’s Volkswagen at about $98bn.

Although the figures will come as a welcome boost for the company, it was dwarfed by GM and Ford last year, with both carmakers delivering more than two million cars in the US alone.

Leggett said: “Traditional automotive companies such as Ford and GM are seen as much less sexy and also less front-foot with emerging advanced technologies, new business models and manufacturing processes.

“But the traditional automotive companies have huge scale, experience and engineering resources that Tesla does not.

“They make more money than Tesla and can plough that into new investments in advanced technologies.

“The investor perception may yet swing the other way if Tesla’s ambitious growth plans hit obstacles — for example in manufacturing readiness for new plants or new model roll-out timing.”

Musk’s firm has experienced a 12% market rise already in 2020, as the popularity of electric vehicles continues to grow.

Its stock has almost doubled over the past three months, following an unexpected third-quarter profit in 2019, and a higher delivery of cars from its new $2bn factory in China during the fourth quarter.

He will be hoping production continues to grow as, despite recording a positive year of sales, the company is yet to turn an annual profit, with pressure mounting on the firm to start delivering more sales outside of the US.

But Tesla did confirm in November 2019 that it intends to build a Gigafactory in Berlin, Germany, by 2021 in an attempt to tap into the European market.

Tesla hopes it will tap into the growing US demand for the vehicle class, as well as burgeoning trends for electric vehicles.

It will take on the likes of Ford, GM and Fiat Chrysler in the pick-up space once production begins in 2021.

“The launch of the Tesla ‘Cybertruck’ represents a critical opportunity for the brand to secure long-term profitability,” he added.

“Its importance is underscored by two simultaneous trends — the desire, led by legislators and environmentalists, to move away from combustion-powered vehicles and towards electric vehicles, and the sustained and growing popularity of the pick-up truck, especially in Tesla’s US home market.

“The segment is the next-largest addressable market the company can target after its move into sport utility vehicles (SUVs) with the Model Y and Model X, and it is also a growing segment.