Tesla boss Elon Musk unveiled the Cybertruck pickup vehicle at an event in Los Angeles, with hopes of tapping into growing US appetite for the vehicle class 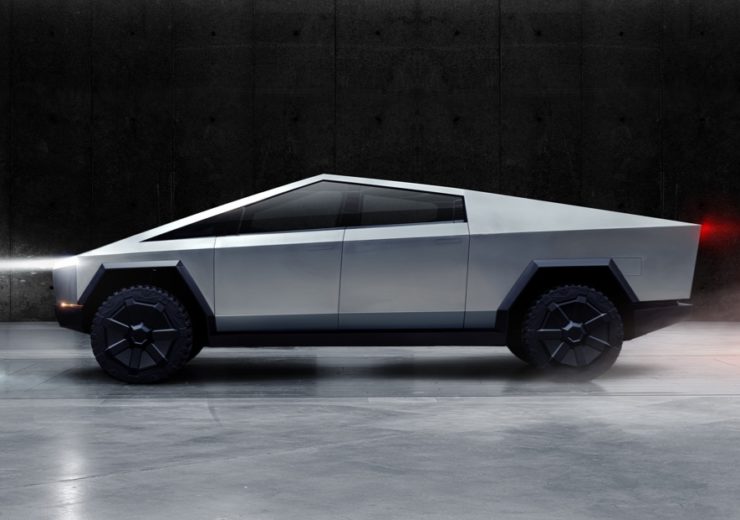 The latest electric vehicle (EV) invention from Tesla – a pickup dubbed the Cybertruck – represents a smart move by the company to secure its long-term profitability, according to analysts.

The electric truck was revealed last night by Tesla chief Elon Musk at a launch event in Los Angeles – and will tap into growing US demand for the vehicle class, as well as burgeoning trends for electric vehicles.

Tesla will take on the likes of Ford, General Motors and Fiat Chrysler in the pickup space once production begins in 2021, aiming to build on the success of its Model 3 sedan, which is the world’s best-selling battery-powered electric car.

Automotive analyst at business intelligence firm GlobalData Mike Vousden said: “Tesla has battled for more than 15 years to achieve consistent profit. No-one will question the central role the company’s ground-breaking electric vehicles have played in clearing a path to wider acceptance of EVs, but generating regular profit has proven a more elusive target for the Palo Alto-based automaker.

“The launch of the Tesla ‘Cybertruck’ represents a critical opportunity for the brand to secure long-term profitability.

“Its importance is underscored by two simultaneous trends – the desire, led by legislators and environmentalists, to move away from combustion-powered vehicles and towards EVs, and the sustained and growing popularity of the pickup truck, especially in Tesla’s US home market.

“Entering the pickup segment is an eminently sensible move by Tesla.

“The segment is the next-largest addressable market the company can target after its move into sport utility vehicles (SUVs) with Model Y and Model X, and it is also a growing segment.

Electric vehicles are expected to play an important role in the transition away from fossil fuel-dependence and achieving cleaner emissions standards across industries.

But convincing consumers to turn their backs on combustion engines will prove a difficult task, both in terms of overcoming the range anxiety associated with electrical charging and changing long-established purchasing habits and existing brand loyalty.

Tesla hopes its new design will be able to tap into a market segment that is growing in popularity and pique new interest in the potential of electric transport.

The unusual looking, angular-designed Cybertruck is expected to be affordably priced between $39,000 and $69,000 – and capable of travelling a distance of between 250 and 500 miles on a single full charge.

Musk said: “Trucks have been the same for a very long time – like 100 years. We want to try something different.