TerraForm Power said that it has secured approval from the National Securities Market Commission (CNMV) in Spain for its proposal to acquire a stake of 95% in Spanish renewable power company Saeta Yield. 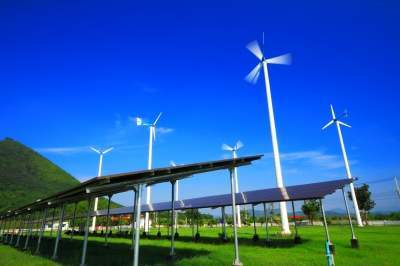 The CNMV has also set the closing date for the acquisition of Saeta Yield stake for 12 June.

The US-based yieldco, which is controlled by Canada’s Brookfield Asset Management, said that it will target a statutory squeeze out to acquire the remaining 5% of the shares in the Spanish firm.

The total transaction value for acquisition of 100% of Saeta Yield is $1.2bn.

TerraForm Power CEO John Stinebaugh said: “We are very excited about the positive response to our tender offer for this high quality renewable power company.

“With 100% of Saeta’s assets integrated into the TerraForm Power platform, we will be able to accelerate the realization of operational and financial synergies and will enjoy an expanded platform for growth in Europe.”

As per the agreement signed in February 2018, TerraForm Power is to pay €12.20 in cash per share to the shareholders of Saeta. Through the acquisition, TerraForm is aiming to grow its footprint in Western Europe while adding more wind and solar generation assets to its portfolio.

Saeta’s portfolio is made up of 100% owned assets located mainly in Western Europe that have been recently constructed. The assets include 778MW of onshore wind to go along with 250MW of concentrated solar generation.

With an average age of six years, the Saeta’s assets have a remaining useful life of over 23 years, said TerraForm Power.

On the other hand, TerraForm Power owns and operates a renewable power portfolio of over 2.6GW, made up of solar and wind facilities located mainly across the US.

TerraForm Power is one of the two yieldcos of the bankrupt US solar company SunEdison. In last March, Brookfield became its majority owner by increasing its stake to 51% in a $622m worth deal.

Brookfield holds 100% stake in the other SunEdison’s yieldco – TerraForm Global following a $1.3bn deal, which includes $455m of debt assumption.