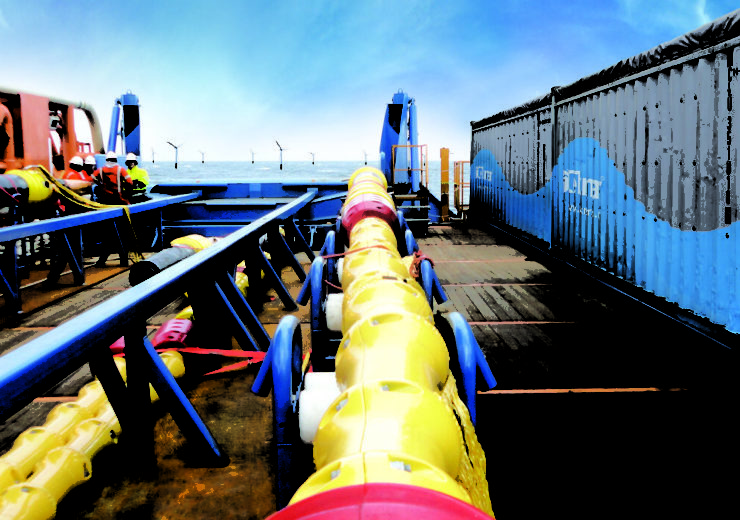 Saint-Nazaire is a 480MW offshore wind farm set for construction on France’s Atlantic Coast and owned by EDF Renewables and Enbridge. Saint-Nazaire will be the first commercial-scale project installed in French waters and marks a significant milestone for the French offshore wind industry.

Russell Edmondson, Managing Director of Tekmar Energy said: “We are thrilled to secure our first contract in France and pleased that Louis Dreyfus TravOcean has selected Tekmar Energy’s industry-leading TekLink CPS for Saint-Nazaire, a project characterised by its rocky seabed that requires the most robust and dependable cable protection solution.”