The project will have a newly-designed tidal lagoon, which will be equipped with underwater turbines to generate 320MW of renewable energy 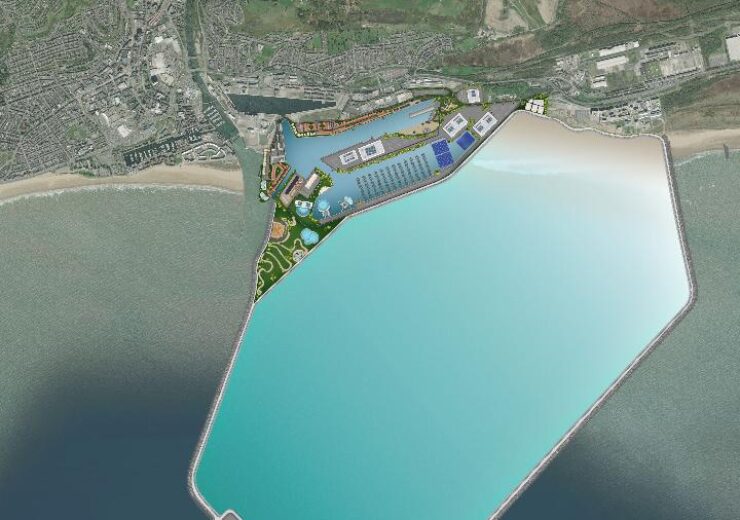 The Swansea Council in the UK announced that an international consortium led by DST Innovations has proposed to undertake the £1.7bn Blue Eden project at Swansea’s waterfront in Wales.

According to the Council, the project will feature a newly-designed tidal lagoon, which will be equipped with underwater turbines. The 9.5km tidal lagoon structure will produce 320MW of renewable energy.

Depending on planning consent, work on the Blue Eden site is likely to begin by early 2023.

The Blue Eden project is being supported by Swansea Council and Associated British Ports. It will be located along a vast area of land and water, to the south of the Prince of Wales Dock in the SA1 area of Swansea.

DST Innovations co-founder and chief executive Tony Miles said: “Blue Eden is an opportunity to create a template for the world to follow – utilising renewable energy and maximising new technologies and thinking to develop not only a place to live and work, but also to thrive.”

To be executed in three phases, the project will have a 60,000m2 manufacturing plant for making high-tech batteries for renewable energy storage.

There will also be a battery facility to store the renewable energy produced at the tidal lagoon and for powering the site. Additionally, the project will have a 72,000m2 floating solar array to be anchored in the Queen’s dock area.

The Swansea Council said that the Blue Eden project will generate more than 2,500 permanent jobs. The project will support an additional 16,000 jobs across Wales and the UK along with additional jobs during its construction stage.

The council stated that the renewable energy generated on site will power the entire Blue Eden development. This will cover businesses and a mixed development of housing, assisted living areas, and luxury apartments.

“I’m delighted that an international consortium led by a Welsh company has developed our Dragon Energy Island vision into a ground-breaking project that delivers so many benefits and builds on the council’s ambition to become a net zero city by 2050.”

In the past, a similar tidal lagoon project was proposed for Swansea Bay but was rejected by the British government because of concern over costs.