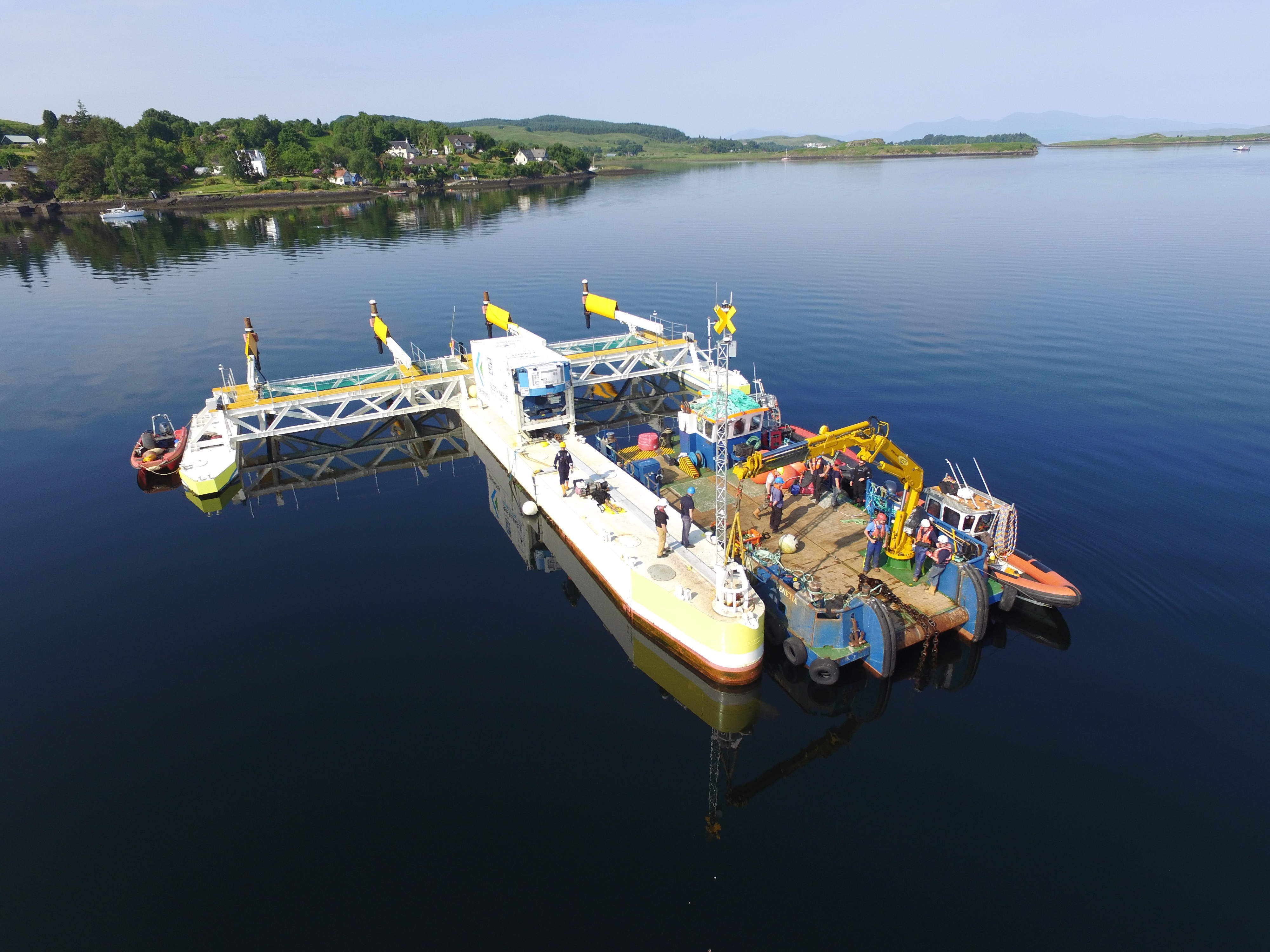 PLAT-I platform, which hosts four SCHOTTEL HYDRO SIT 250 turbines, has completed the first phase of its testing programme at Connel, on the West coast of Scotland.

The company is set to ship the first PLAT-I platform to Nova Scotia, Canada and install it for a second phase of testing.

The second phase testing of the platform will concentrate more on the harsher climate conditions of Canada along with assessing of interactions of marine life with the platform.

To install the platform at Grand Passage for a minimum trial period of three months, Black Rock Tidal Power has applied to the Nova Scotia Department of Energy for permission.

SME managing director Jason Hayman said: “PLAT-I is graduating from Scotland to Canada, which is an important start to the export story for the Scottish marine energy industry. It also represents a change of gear for Sustainable Marine Energy, we started as an R&D company and are rapidly changing into a project delivery company based in Scotland.”

The PLAT-I platform was designed with support from Innovate UK, under the the Energy Catalyst programme.

Under the WATERS3 programme, Scottish Enterprise provided funding for the build and testing of the platform.

SME said that the testing programme has successfully validated the platform and power generation technologies, with multiple platform motions and loads being measured.

Proving the major advantages of the PLAT-I system, all systems performed as expected during the testing, added the company.

SME said: “From the outset low cost assembly and marine operations have been a key design driver with both of these being demonstrated in the Connel testing programme.

“The modular nature of the platform, whilst making assembly on land easy with small cranes, has also allowed a number of components to be changed during the testing programme.”