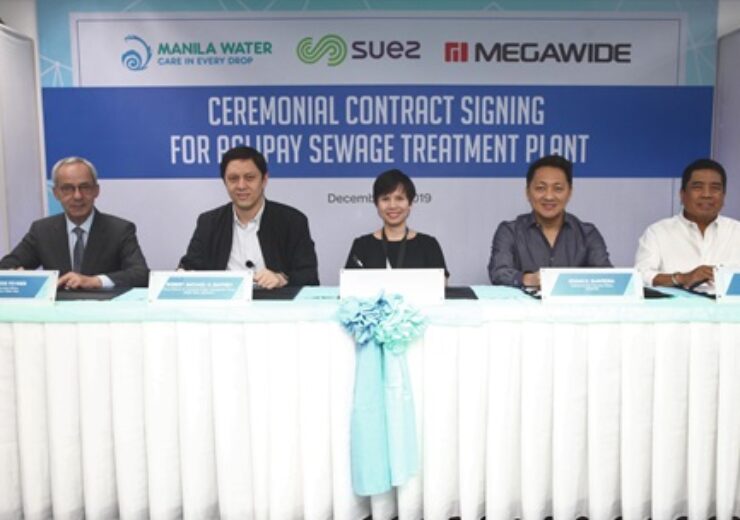 SUEZ has signed a new contract with Manila Water for designing and building a wastewater treatment plant in Metro Manila, the Philippines. The plant will serve the three cities of Mandaluyong, San Juan, and Quezon in the capital region of Metro Manila as part of efforts to reach 100% sewer coverage by 2037.
With a population of more than 13 million, Metro Manila currently has an ambitious target to increase the household sewerage coverage and subsequent treatment, in the region to avoid various health and water pollution issues. SUEZ has been appointed to undertake the design and construction as well as one year of operation and maintenance of the Aglipay Sewage Treatment Plant in Mandaluyong City. Construction is underway and is expected to be completed in early 2024.

The plant is designed with a daily capacity of 60,000 m3 to treat the wastewater in Mandaluyong City, southern Quezon City, and southern San Juan City. It will be a breakthrough in contributing to the client’s agenda of complete sewer coverage in the east zone, significantly enhancing the health and sanitary conditions of 652,000 residents.

SUEZ will deliver its innovative MeteorTM Moving Bed Biofilm Reactor (MBBR) and GreendafTM technologies to help cut operating costs and installation space compared to conventional methods. The plant will meet stringent national standards exceeding EU requirements to reduce adverse impact on Manila Bay and Pasig River and environmental footprint. This MBBR plant will also be the biggest of its kind in the country.