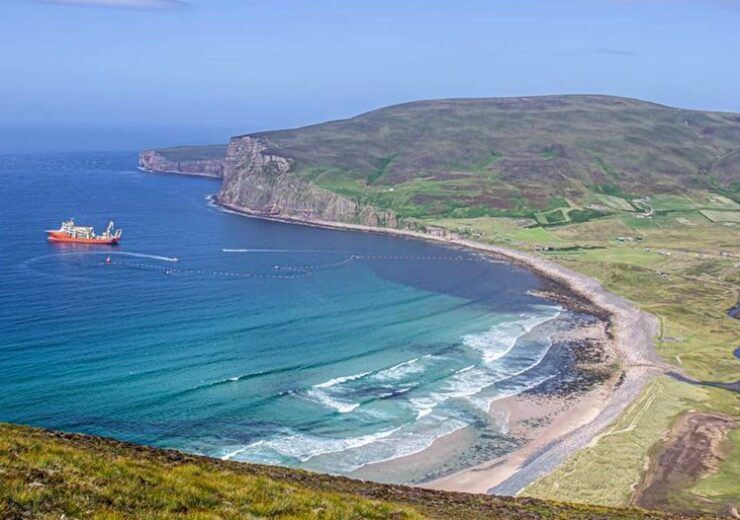 It involved the installation of the 33kV cable between Murkle Bay, near Thurso and Rackwick Bay on the island of Hoy. With Global Offshore as the principal contractor, the project involved the deployment of marine vessels such as the Normand Clipper and Global Symphony.

The installation also allowed for the removal of about 7km of existing overhead power lines in Rackwick, Hoy. Carried out in partnership with McGowan Environmental Engineering, the overhead lines have been replaced with underground cables.

According to SSE, local companies Pentland Ferries and McAdie and Reeve played an important role in delivering the land cable works, with a bulk cargo vessel chartered to deliver 5,000 tonnes of high specification sand to Lyness harbour.

SSEN has taken up a programme to replace nearly 90km of submarine cables connecting Scotland’s island communities by 2023, a fifth of the total number are currently in operation.

After routine inspections it was found that the Pentland Firth East cable had to be replaced and in last July, the company completed repairs to the cable in Rackwick Bay following a cable fault.

In August, SSEN selected main contractors for the construction of the 600MW Shetland HVDC link and all associated infrastructure.

The Shetland HVDC link will connect Shetland to the Great Britain transmission system for the first time.