There is no risk of the New Diamond tanker, as of now, in spilling oil into the ocean following the fire accident, said the Sri Lankan navy 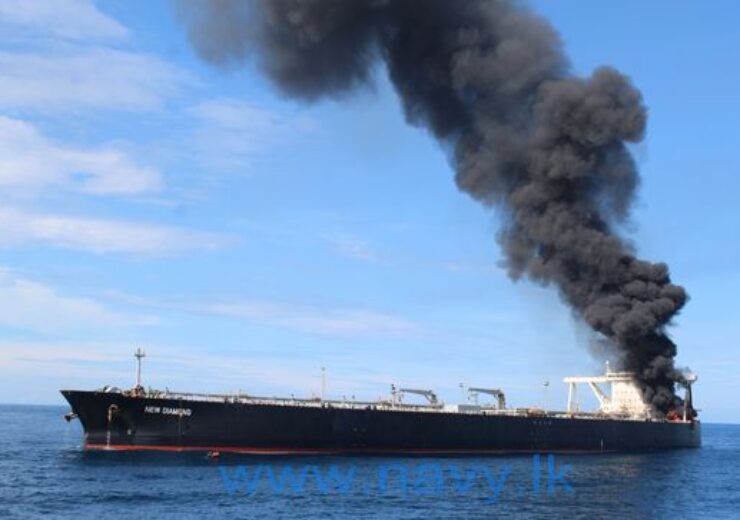 Sri Lanka Navy said that it has been trying to douse fire raging from a very large crude carrier (VLCC) called New Diamond since Thursday morning in the Indian Ocean, which has killed a crew member.

There is no risk of the New Diamond tanker, as of now, in spilling oil into the ocean following the fire accident, said the Sri Lankan navy.

Chartered by Indian Oil Corp (IOC), the Panama-flagged New Diamond VLCC set off from the Mina Al Ahmadi Port in Kuwait to the Paradip Port in India with 270,000 metric tons of crude oil.

The accident took place at around 8:00 AM SLST on 03 September on the oil tanker, when it was sailing 38 nautical miles off Sangamankanda Point, east of Sri Lankan seas, as per a statement from the Sri Lankan navy. It was caused by an explosion of a boiler in the main engine room of the VLCC.

Sri Lanka Navy stated that the fire on the vessel has not impacted the crude oil stored in it so far and that the required steps are being taken to stop it from spreading to the oil storage facilities.

According to the Sri Lankan navy, the deceased crew member is a Filipino seaman, who lost his life due to the boiler explosion. It confirmed rescuing the other 22 crew members on board the New Diamond VLCC.

As per the Sri Lankan navy, the superstructure at the rear of the New Diamond oil tanker is still on fire. It said that having understood the structure of the VLCC, the firefighting will be undertaken by naval teams comprising maritime firefighting experts in consultation with the Greek captain of the vessel.

The Sri Lankan navy stated: “The distressed oil tanker is now at sea at a depth of 3100 meters, about 25 nautical miles (approximately 50 km) off the shore by 5.00 a.m. this morning.