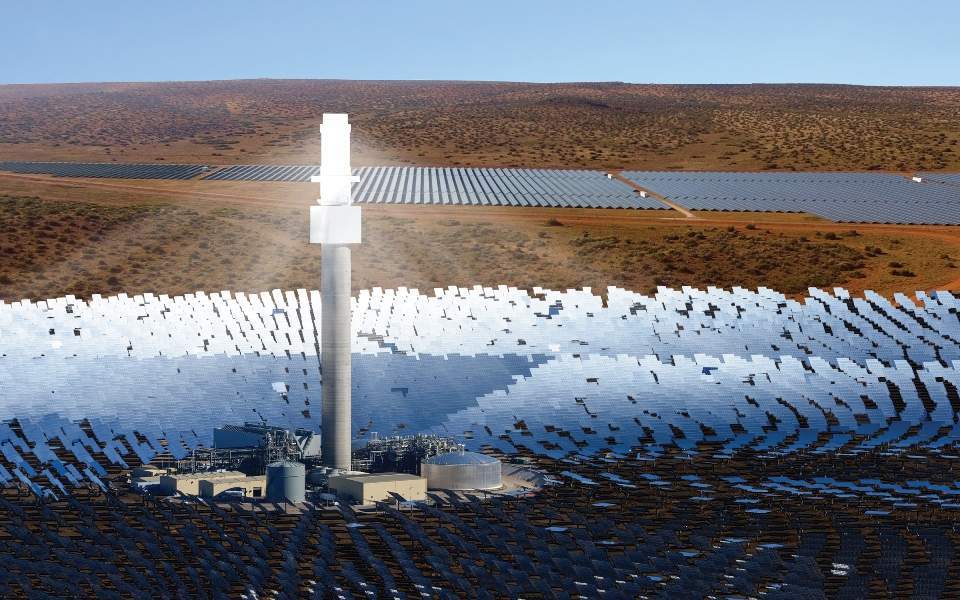 Under the MOU, Heliostat SA and SolarReserve will team up to develop plans and processes for the supply, fabrication and assembly of more than 12,800 of SolarReserve’s proprietary SR96 heliostat assemblies.

SolarReserve CEO Kevin Smith said: “We’re excited to have formed a long-term partnership with Heliostat SA and look forward to teaming up with them to bring manufacturing of our world-class heliostats to South Australian workers.

Heliostats are the large tracking mirrors in a solar thermal power station. These follow the sun throughout the day and reflect and concentrate the sunlight onto a receiver.

SolarReserve said that its SR96 heliostat is fully integrated with its molten salt receiver and control system. Each of the assemblies will include 96 square metres of glass, plus steel supports and electric drives. This results in a field of mirrors with over a million square metres of surface area.

Heliostat SA CEO David Linder-Patton said: “Signing the MOU marks a significant step forward in the partnership between our companies. The team at Heliostat SA are really looking forward to adapting the low-cost manufacturing techniques learned from more than 20 years of automotive knowhow into the manufacture and assembly of the SR96.

It is expected that nearly 200 jobs could be created in South Australia from this deal for the Aurora project, including 115 unique skilled labor positions related to the manufacture of steel components and heliostat assemblies.

SolarReserve and Heliostat are working on the final agreement, which will include achieving a significant local content and labor.

The balance of construction at SolarReserve’s Aurora project could also create nearly 650 additional full-time construction jobs and more than 4,000 direct, indirect and induced jobs in the region.