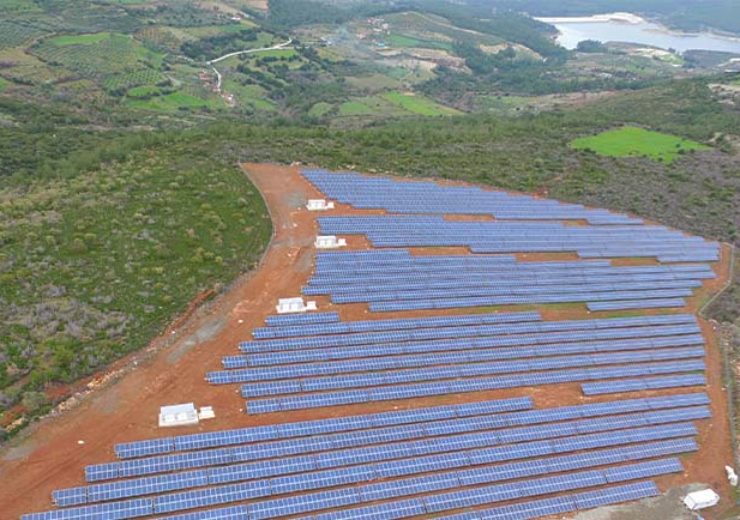 Energy demand in Turkey is growing rapidly. To cover it, the Turkish government is increasingly banking on low-cost solar power. The installed solar capacity is expected to rise from about 6 GW to up to 10 GW by 2024. Solar projects with a total volume of 100 MW will also contribute to this, for whose supply SMA has now signed a contract with TEGNATIA Enerji A.Ş. The first project for which SMA will supply inverters and other system technology is the 40 MW PV power plant Teksin in the center of the country, which will be the largest solar power plant in Turkey after its commissioning.

“In the past years we have supplied SMA technology to numerous projects and thus supported the development of the Turkish PV market”, said Valerio Natalizia, Regional Manager von SMA South Europe. “We are therefore very pleased about the order from TEGNATIA Energji A.Ş. The Teksin project will be the largest PV power plant in Turkey after its completion in summer 2020. The Sunny Central 4400 central inverters that we are delivering to the project are optimally suited for solar power plants with 1,500 Volt DC voltage and have the “Storage-Ready” function for easy connection of storage power plants. These are becoming increasingly important to the further integration of high shares of renewable energy into the power grids worldwide.”

Excellent services for PV projects
“With this order we are expanding our strategic partnership with SMA in Turkey, which has been in place since 2014. Furthermore, we also want to improve our cooperation in other markets,” said Dr. Mustafa Tiris, general manager at TEGNATIA. “SMA technology has proven to be very efficient and reliable in our projects realized so far. Just as important for us is the highly qualified services that SMA offers in Turkey. Our goal is to install 100 MW of solar power capacity in Turkey this year and to develop additional potential internationally. TEGNATIA offers high-quality turn-key solutions for medium- and large-scale PV projects and has project references including the construction of more than 300 MW solar capacity in PV projects in various parts of the country. Parallel to the transformation in the energy sector, we want to expand our business in the field of energy storage systems.”