Germany-based Siemens is planning to separate its power and gas unit to form new entity Siemens' Gas and Power (GP), in an effort to streamline the business and boost profits. 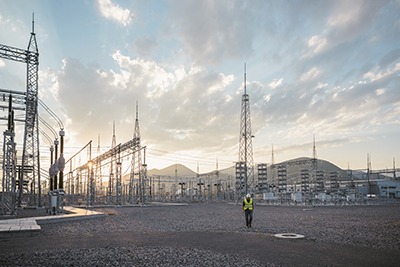 Image: Siemens intends to create new major player on the energy market with the spinoff of gas and power unit. Photo: courtesy of Siemens AG.

The move, which is a part of the Siemens’ Vision 2020+ strategy concept, is likely to affect more than 10,000 jobs at various divisions in the company.

The firm said it intends to focus on its portfolio on dynamic growth markets including automation, industrial digitalization and smart infrastructure, in order to grow significantly and further expand its position.

Siemens president and CEO Joe Kaeser said: “With Vision 2020+, we’re further sharpening Siemens’ focus and making our businesses faster and more flexible. These changes are laying the foundation for sustainable economic success in growth markets that will be attractive over the long term.

“We’re also creating solid perspectives for those businesses that have to prove themselves in the structural transformation now underway and address new growth fields.”

The new entity, which would create a “major player” on the energy market, is expected to have business volume of €30bn and comprise more than 80,000 employees, the firm noted.

Kaeser added: “This move will create a powerful pure play in the energy and electricity sector with a unique, integrated setup – an enterprise that encompasses the entire scope of the energy market like no other company.”

Additionally, Siemens intends to retain somewhat less than 50% of the new entity, which is planned to be separately managed company and listed by September 2020.

Siemens’ Gas and Power CEO Lisa Davis said: “Being independent will enable us to more effectively leverage our position of strength to further support our customers in rapidly changing energy markets.”

As part of medium-term growth plan, Siemens aims to strengthen competitiveness and productivity which would result in increased annual revenue growth rate.

The German firm, which expects the newly planned structural revamp to save about €2.2bn by 2023, also unveiled job cuts at various divisions.

In addition to cutting 4,900 jobs at digital industries, 3,000 jobs at smart infrastructure and 2,500 jobs at its central corporate unit, the firm plans to hire about 20,500 new employees.