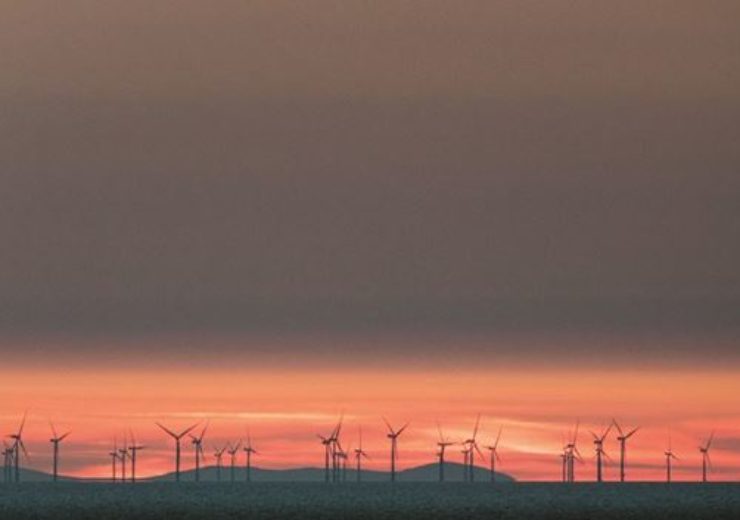 Image: The offshore wind power plant is expected to be operational by 2023. Photo courtesy of Siemens Gamesa Renewable Energy, S.A.

The company will install 54 of its SG 8.0-167 DD offshore turbines, with a 167-meter rotor diameter and 208-meter tip height. The installation of the unique Direct Drive technology turbines at Neart na Gaoithe will take the figure of DD offshore turbines comfortably beyond 2,000 turbines that SGRE has sold worldwide. The offshore wind power plant is expected to be operational by 2023.

Neart na Gaoithe wind project, which means ‘Strength of the Wind’, continues a partnership with EDF Renewables that began with the Round 1 development of Teesside wind park in 2011. The 448 MW offshore wind power plant is located 20 km from the east coast of Scotland, and close to the Port of Dundee where pre-assembly work will take place. This project will use 81 meter-long B81 blades produced on the re-modelled production lines of the SGRE factory in Hull.

When fully operational, it will generate electricity for around 375,000 homes, or all of the domestic properties in a city the size of Edinburgh, and displace 400,000 tons of CO2 annually.

“Receiving the firm order for the Neart na Gaoithe project from EDF Renewables UK is excellent news for Siemens Gamesa. We’re fully prepared to deliver our reliable SGRE offshore Direct Drive technology, and to doing our part to deliver clean energy to approximately 375,000 Scottish households when the project is in operation,” stated Andreas Nauen, CEO of the Offshore Business Unit of Siemens Gamesa Renewable Energy.

The order comes in a year which saw the UK register a three-month period where renewable energy was the leading source of energy, outstripping fossil fuels for the first time. Additionally, over half of Scotland’s energy consumption in 2019 was provided by renewable energy, while record-low prices were also recorded for clean energy, falling to just £39.50 per MW/h.