Norske Shell has failed to find after drilling into a wildcat well 6304/3-1 situated near Ormen Lange field in the Norwegian Sea. 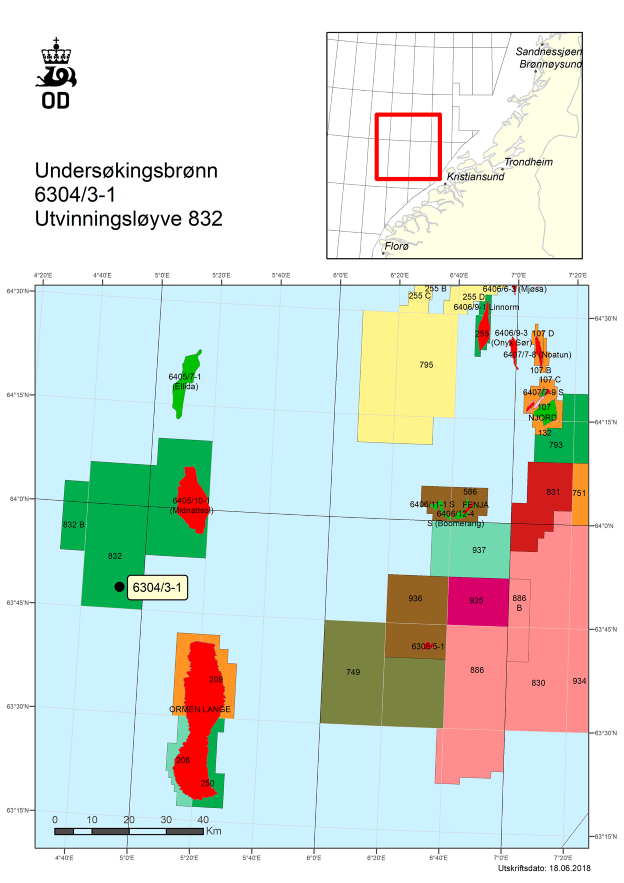 The objective of the well was to prove petroleum in Lower Paleocene to Upper Cretaceous reservoir rocks in the Egga and Springar formation.

Well 6304/3-1 encountered a total of about 9-meter thick reservoir rocks in the Egga and Springar formation with poor reservoir quality. The well is dry.

Data acquisition has been carried out, but the well has not been formation-tested.

This is the first exploration well in production licence 832. The licence was awarded in APA 2015.

Well 6304/3-1 was drilled to a vertical depth of 3604 metres below the sea surface and was terminated in the Nise formation in the Upper Cretaceous. Water depth at the site is 1228 metres. The well be permanently plugged and abandoned.

Well 6304/3-1 was drilled by the Scarabeo 8 drilling facility, which will now drill wildcat well 6406/6-5 in production licence 225 B in the Norwegian Sea where Total E&P Norge is the operator.