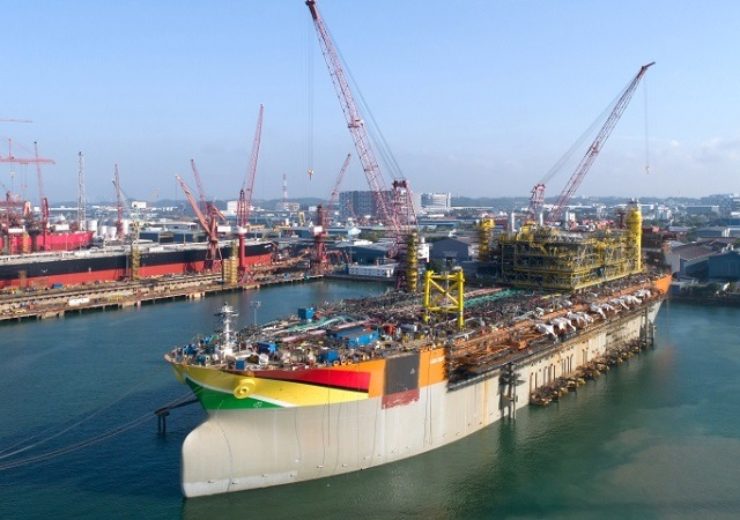 Image: In May, ExxonMobil and Hess decided to move ahead with Liza Phase 2 project in Guyana. Photo: courtesy of Hess Corporation.

The company will build the FPSO for use on the Liza Phase 2 development offshore Guyana and is expected to draw the full loan, phased over the construction period of the FPSO vessel.

SBM Offshore stated: “The financing will become non-recourse once the FPSO is completed and the pre-completion guarantees have been released. The project loan has a tenor of two years post completion, in line with the duration of the charter, and carries a variable interest cost of LIBOR plus 1.50%.”

Operated by Esso Exploration and Production, an affiliate of ExxonMobil, Liza field is located approximately 200km offshore Guyana in the Stabroek block.

The Stabroek Block is owned by Esso with 45% interest, Hess Guyana Exploration with 30% interest and CNOOC Petroleum, a wholly-owned subsidiary of CNOOC, with 25% interest.

The FPSO is intended to be spread moored in water depth of about 1,600m and the vessel would be able to store approximately 2 million barrels of crude oil.

SBM Offshore said that the design of Liza Unity FPSO is based on its Fast4Ward programme, which incorporates the company’s new build, multi-purpose hull combined with several consistent topsides modules.

In May 2019, SBM Offshore secured a contract from the affiliate of Exxon Mobil to construct and install the FPSO, after ExxonMobil and Hess decided to move ahead with the $6bn Liza Phase 2 development.

First oil from the Liza Phase 2 development, which will pursue the development of nearly 600 million barrels of oil, is targeted to be drawn by mid-2022.