ExxonMobil and Hess will move ahead with the $6bn Liza Phase 2 development in the offshore Guyanese block Stabroek following receipt of government and regulatory approvals. 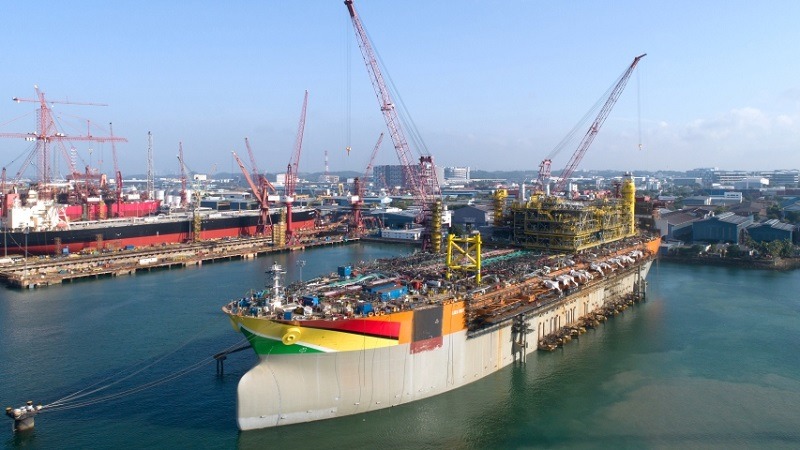 Image: ExxonMobil and Hess to move ahead with Liza Phase 2 project in Guyana. Photo: courtesy of Hess Corporation.

First oil from the Liza Phase 2 development, which will pursue development of nearly 600 million barrels of oil, is targeted to be drawn by mid-2022.

ExxonMobil said that a final investment decision on Payara, the third phase of development, is likely to be taken later this year subject to government and regulatory approvals.

ExxonMobil Upstream Oil & Gas president Liam Mallon said: “With the government of Guyana and our partners, ExxonMobil is bringing industry-leading upstream capabilities to build upon Phase 1 and further develop the shared value of Guyana’s resources.

“We are actively pursuing significant development potential from numerous discoveries in the Stabroek Block.”

ExxonMobil, through its affiliate Esso Exploration and Production Guyana (EEPGL), is the operator of the Stabroek Block with 45% stake. Hess, through its subsidiary Hess Guyana Exploration, holds 30% stake while the remaining 25% stake is held by Chinese firm CNOOC’s subsidiary CNOOC Petroleum Guyana.

Last October, EEPGL awarded TechnipFMC a contract for the engineering of the subsea system of the Liza Phase 2 development. Under the contract, TechnipFMC will provide 30 enhanced vertical deep water trees and associated tooling, and also eight manifolds and associated controls and tie-in equipment for the offshore oil project.