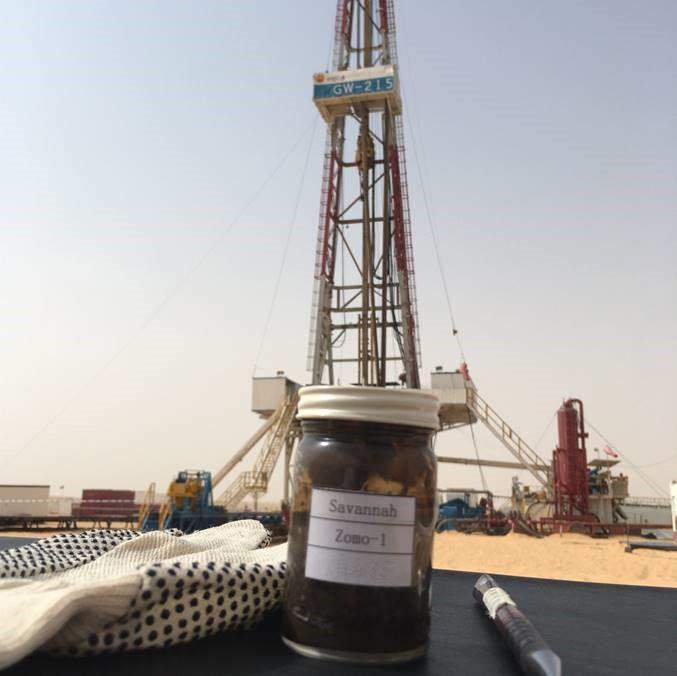 Zomo-1 marks the fifth successive discovery for the British oil and gas company in Agadem Rift Basin. Savannah Petroleum is carrying out an exploration campaign through its subsidiary Savannah Niger in the R3 portion of the R3/R4 PSC Area.

The Zomo-1 discovery follows the fourth oil discovery made in the Agadem Rift Basin in August 2018 through the drilling of the Eridal-1 exploration well.

Savannah Petroleum used the GW 215 Rig to dig the Zomo-1 exploration well which encountered oil after drilling to a depth of 2,499m.

The oil and gas company said that Zomo-1 intersected an estimated 5.4m of net oil-bearing reservoir sandstones in the E1 reservoir unit within the primary Eocene Sokor Alternances objective, as indicated by preliminary results based on the interpretation of the available data set.

It also said that although additional pay is likely to exist in the exploration well, it would need more technical evaluation and/or testing to confirm the same.

Savannah Niger will wrap up its first exploration campaign in the Agadem Rift Basin after completing operations at Zomo-1. A new drilling campaign is slated to begin in early 2019, focusing initially on the R3 East and R3 Central areas, before possibly moving to the R1 Dinga 3D area and, may be on the R2 Dinga Ridge area as well, said Savannah Petroleum.

Its subsidiary is expected to continue to carry out a well test on Amdigh-1 in December 2018. Upon completion of the well test, production from the company’s planned Early Production System (EPS) will begin in early 2019.

Savannah Petroleum CEO Andrew Knott said: “The discovery of the Amdigh, Bushiya, Eridal, Kunama and Zomo fields in the R3 East PSC area has delivered material value for our stakeholders.

“The discoveries have also served to demonstrate the world class exploration potential of our wider PSC areas, where we have identified 120 potential drilling targets which we expect to high grade for inclusion in future drilling campaigns.”