Santos has reported a gas discovery in the onshore Forelands region of Papua New Guinea (PNG) following the drilling of the Barikewa-3 well. 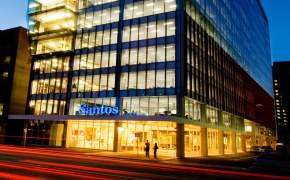 The Australian oil and gas company said that the Barikewa-3 appraisal well, located in petroleum permit PRL9, had encountered 25m of net gas pay within the Toro and Hedinia reservoir objectives.

It claimed that reservoir quality was more than the pre-drill expectations and the appraisal well intersected a gas-water contact successfully in the Hedinia.

Santos owns a stake of 40% in the PRL9 joint venture through its wholly owned subsidiary Barracuda. Oil Search is the operator of the PRL9 block.

Santos revealed that a drill-stem test was performed across the Toro interval at 1,729-1,743 m and flowed gas to surface at 35 million standard cubic feet of gas per day (mmscf/d) on a 68/64” choke.

The company further said that on-site analysis of the gas from the drill-stem test along with previous wireline sampling confirm presence of a dry gas with nearly 20% nitrogen and very low levels of other impurities, as projected during pre-drill expectations.

The Barikewa-3 well, which had reached total depth of 1,943m in mid-July, will be plugged and abandoned as planned following completion of the test and data retrieval, said the Australian firm.

Santos managing director and CEO Kevin Gallagher said: “The Barikewa-3 result is encouraging and confirms that there are significant natural gas resources close to PNG LNG infrastructure still to be developed.”

“Barikewa is located approximately 10 kilometres from the PNG LNG gas pipeline and is therefore well placed to play a part in future LNG expansion projects.

Last month, the co-venturers in the $19bn PNG LNG Project entered into a mid-term liquefied natural gas (LNG) sale and purchase agreement with PetroChina International (Hong Kong) (PCI), for the supply of LNG. Santos holds a stake of 13.5% in the PNG LNG Project and is partnered by Oil Search, ExxonMobil and others.