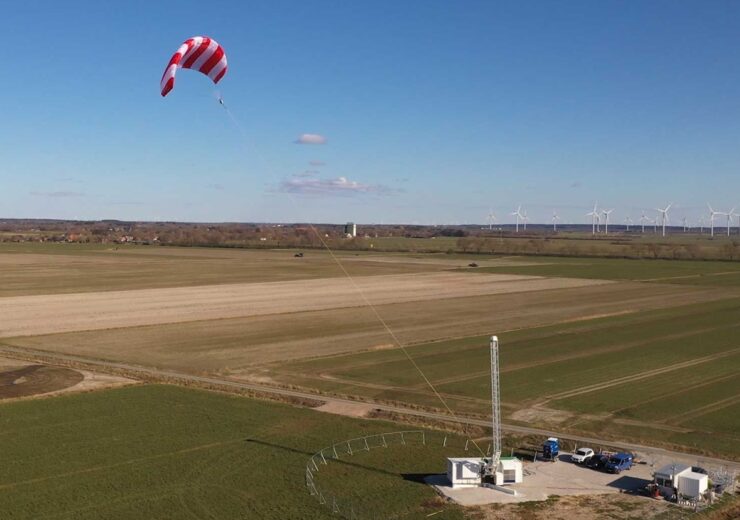 Germany-based companies RWE Renewables and SkySails Power have joined forces to fly a 120m2 kite to a height of up to 400m above ground, to harness the high-altitude winds for generating electricity.

The companies have entered into a collaboration agreement to work on the three-year pilot project, and are currently finalising locations in Germany.

Under the terms of the collaboration agreement, RWE Renewables will buy an advanced airborne wind energy system, with up to 200KW output, from the Hamburg-based SkySails Power.

During the pilot project, RWE Renewables will operate the system to evaluate the technology.

SkySails Power CEO Stephan Wrage said: “The light compact design of airborne wind energy systems means that the impact on people and the environment is minimal. The systems work very quietly, practically have no visible effect on the landscape and barely cast a shadow.

“He believes that these benefits can further increase acceptance for wind energy systems. This makes our SkySails technology an exciting alternative to traditional renewable wind power generation.”

According to the company, airborne wind energy systems harness the strong and steady winds at heights of several hundred metres above ground.

SkySails Power system includes a ground station that comprises a winch with an integrated generator. The kite, during its ascent in a controlled trajectory, will pull rope from the winch, and the built-in generator to produce electricity from the rotational energy.

The kite winches back, once the tether is completely unspooled, and brings itself automatically into a position of very low resistance for easy haul back.

The process requires only a fraction of the energy that will be generated during the active phase.

Further development of the technology is expected to increase the output from kilowatts to megawatts, facilitating the use in large wind farms. SkySails has already began the development on such a large-scale system.

RWE Renewables global offshore wind management board member Sven Utermöhlen said: “This pilot project is not just intended to expand the decentralised supply of energy from renewable sources, it also has great potential in terms of helping RWE to make its power generation completely climate-neutral by 2040.”