The purchased electricity will be distributed by Constellation to PepsiCo, McCormick & Company, Best Buy, and ViacomCBS’ KTVT and KTXA TV stations 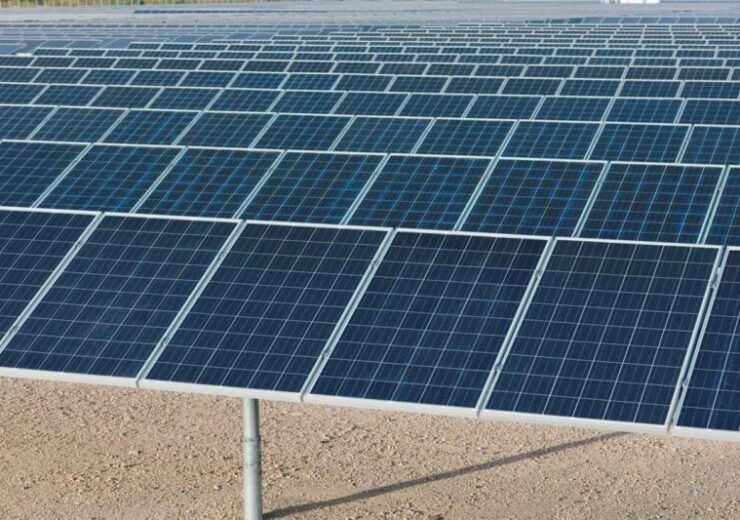 RWE Renewables has joined forces with power retailer Constellation to supply power from its 200MW Big Star solar project in Texas, US to the latter’s commercial customers.

The solar facility, which will also have an 80MW/120MWh battery storage system, is currently being developed in Bastrop County. It is expected to begin operations in the second quarter of next year.

The purchased electricity will be distributed by Constellation to PepsiCo, Best Buy, McCormick & Company, and ViacomCBS’ KTVT and KTXA TV stations to power their respective Texas operations under long-term agreements.

RWE Renewables wind onshore and PV CEO Silvia Ortín said: “As one of the world’s leading renewable energy companies, we are committed to contributing to the energy transition and providing decarbonisation options to reach climate neutral goals. Our Big Star solar facility is well-placed to provide Constellation and its major corporation partners with green energy to power their operations.”

According to Constellation, the 10-year agreements with its customers will begin in 2022. The power retailer said that the solar power capacity to be purchased from RWE Renewables’ plant is estimated to offset more than 257,000 metric tons of carbon dioxide emissions annually.

“We take pride in providing a clean energy solution that helps leading companies such as these take proactive steps to meeting their environmental goals through renewable supply.”

Currently, RWE Renewables has 29 operational onshore power projects in the US. The company also has various projects under construction, which include the 195.5MW Hickory Park solar project and the 240MW Blackjack Creek wind farm.

Earlier this week, the company had signed an agreement with Kansai Electric Power for jointly studying the possibility of developing a large-scale floating offshore wind project in Japan.