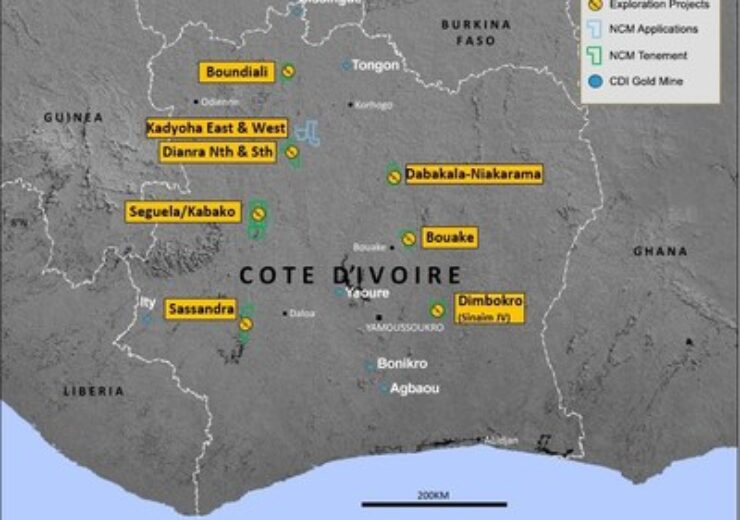 As part of the $20m deal, announced in February 2019, Roxgold acquired a portfolio of 11 exploration permits in the African country, which includes the Séguéla gold project that is currently in the advanced exploration stage.

The acquired exploration permits, which include prospective early-stage projects and also advanced stage projects, are spread over 3,298 km² in what is considered to be an attractive mining jurisdiction in Côte d’Ivoire.

The remaining permits are said to be located across the prospective Birimian greenstone belts.

“We also believe there is substantial near-term exploration upside at this deposit, and regionally, with the opportunity to significantly advance Séguéla in the near term with an initial 28,000 metre drilling program to commence next week.”

The Canadian gold miner plans to undertake 4,000m of Reverse Circulation (RC) and Diamond core (DD) drilling at the Antenna deposit to extend and infill the known mineralization.

The company believes that multiple priority exploration targets located within 15km of the Antenna deposit also have the potential to boost the mineralization and improve the potential economics of the Séguéla gold project through the addition of low-cost near-surface ounces.

Roxgold president and CEO John Dorward said: “The Séguéla gold project provides a second key asset with significant growth potential both in the near term through the near-surface Antenna deposit and attractive satellite opportunities as well as a highly prospective large land package. We will be immediately commencing a drilling program and a preliminary economic assessment study at Séguéla.”