Rosatom has announced the official opening of the Nuclear Technology Information Center, a joint project of Uzatom and Rosatom, in Tashkent, Uzbekistan. 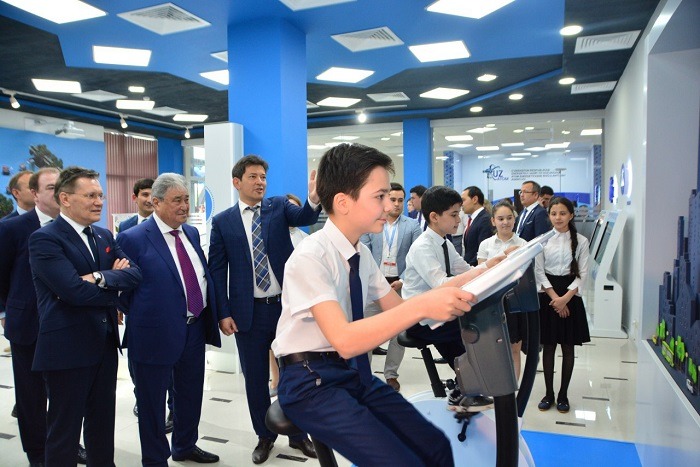 The Information Center will become a platform offering Uzbekistan population an opportunity to get an idea of atom, NPP operation processes, non-nuclear sectors using nuclear technologies, and of many other things. The Center exposition is intended for visitors of various ages including schoolchildren, students and adults.
It is noteworthy that the Center, as a not for profit enterprise, will organize educational events free of charge. The Center will host public lectures delivered by scientists, meetings with nuclear industry representatives, etc. “The Center opening is an important part in the integrated project of the first NPP construction in Uzbekistan. We are sure that the nuclear infrastructure establishment and development in any country should by accepted by the majority with the awareness building as the main part in gaining the public acceptance. This is the mission of Nuclear Technology Information Centers,” Alexey Likhachev, Director General of ROSATOM said.
“The Nuclear Technology Information Center in Tashkent will be the place where people will get answers to any questions about nuclear power, expand their knowledge of the important role played by nuclear power in meeting the most urgent needs of mankind,” Bekhzod Yuldashev, President of Uzbekistan Academy of Sciences pointed out.
Reflecting all recent trends, the Uzbek Information Center is the most advanced yet. It is designed so that its visitors could get information about peaceful atom with the aid of various audio and visual technologies. The Center is equipped with modern multimedia systems such as unique video programs in Uzbek and in Russian, interactive display wall demonstrating the application of nuclear technologies in agriculture, and, of course, a mock-up of the NPP that will be constructed in the Republic of Uzbekistan. The visitors of the video hall may watch various popular science films about nuclear power, reactor safety systems and application of nuclear technologies in various sectors of the economy.