Risen Energy has agreed to acquire a 100MW Merredin solar farm from Stellata Energy for an undisclosed amount. 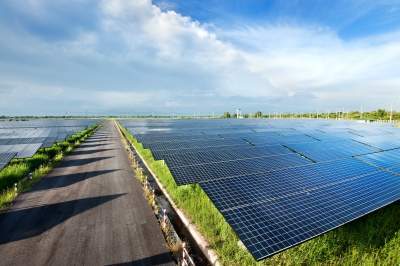 Another project of Risen Energy, Yarranlea solar farm is under construction. This project was acquired by the company earlier this year.

Merredin Solar Farm is a proposed project with 100MW of generating capacity. It will be located in Merredin in Western Australia’s central wheatbelt. The solar plant’s phase 1 is expected to include 405,000 tracking solar PV modules covering an area of about 350 hectares. It is expected to generate nearly 281GWh of clean electricity per annum.

The electricity generated from the Merredin solar plant will be supplied to the South West Interconnected System (SWIS) each year and is expected to make significant contribution in the reduction of Western Australia’s greenhouse gas reductions.

Once operational, the solar farm will generate enough electricity to meet the power needs of nearly 42,000 Western Australian households annually.

Construction of the Merredin solar is expected to begin later this year and the commissioning could take place in the second half of next year.

Zhong said: “Our first acquisition for the 100 megawatt (AC) Yarranlea Solar Farm in Queensland was completed in early 2018 and construction is underway. Merredin Solar Farm is our second acquisition with the Share Purchase Agreement executed in October 2018.

Risen Energy is a China-based solar photovoltaic (PV) solutions provider, founded in 1986. The company has a workforce of more than 6,500 globally and is considered to the seventh largest PV module supplier in the world.