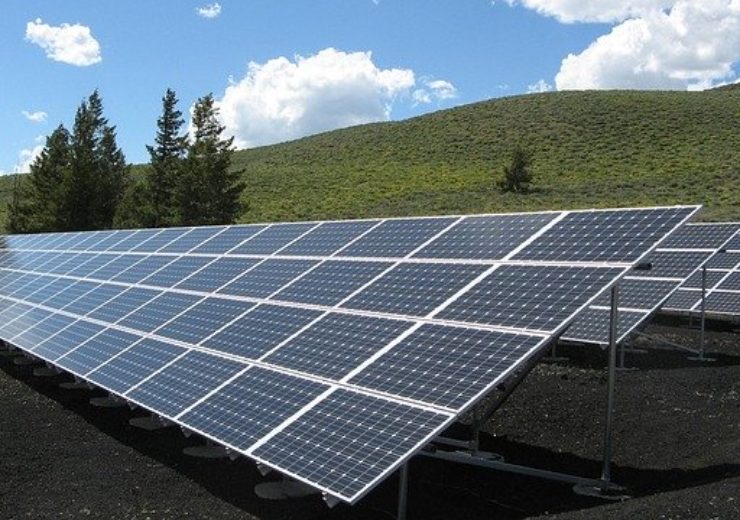 ARio Tinto is set to invest $98m to build a 34MW solar power plant and a lithium-ion battery storage system to power its Pilbara power network.

The output of the solar plant, which will be built at the firm’s Koodaideri mine in the Pilbara, Australia, is estimated to cover the mine’s entire electricity demand during peak solar power generation periods.

The project is expected to cover approximately 65% of the iron ore mine’s average electricity consumption.

The facility, which is Rio Tinto’s first company-owned solar power plant, is expected to comprise approximately 100,000 panels covering an area of 105 hectares.

Subject to government approvals, construction on the solar facility is estimated to commence later this year while the completion is expected in 2021.

Rio Tinto Iron Ore chief executive Chris Salisbury said: “The construction of our first solar plant in the Pilbara is a significant milestone for the business and an important step in reducing our carbon footprint in the region.

“We are investigating additional renewable energy options in the Pilbara, as well as other opportunities to reduce emissions across our entire global portfolio, building on the 43 per cent reduction in absolute greenhouse gas emissions since 2008.”

Both facilities are expected to offset 90,000 tonnes of CO2 emission annually

Both the solar plant and the lithium-ion battery storage system are expected to offset approximately 90,000 tonnes of carbon dioxide (CO2) emission per year compared to conventional gas-powered generation.

In 2018, Rio Tinto has approved an investment of $2.6bn in the Koodaideri iron ore mine in the Pilbara region in Western Australia.

The iron ore mine, which is located about 110km from Newman, is expected to have an annual capacity of 43 million tonnes will underpin the production of the Pilbara Blend iron ore product.