CEO Jakob Stausholm said operations are 'not where we want to be', as bad weather, Covid-related disruptions and a new approach to cultural heritage slowed production in Pilbara 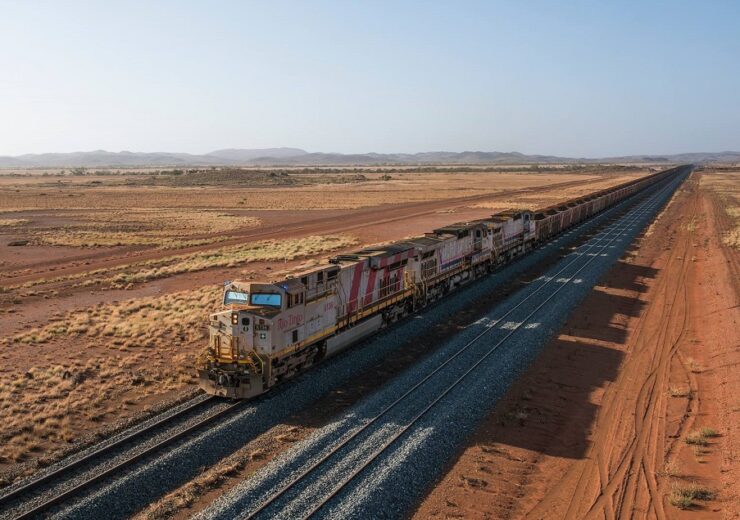 A series of operational disruptions impacted the Rio Tinto iron ore business during the second quarter of 2021, with the miner now expecting full-year shipments of its primary commodity to be at the lower end of its guidance range.

Despite signs of a “strong” global economic recovery from the pandemic, Rio said high rainfall, mine and processing plant availability, cultural heritage management and ongoing Covid-19 labour disruptions had all affected operations in its iron ore heartland of Pilbara, Western Australia.

The cost of producing iron ore in Pilbara has also been raised to $18-18.5 per tonne, up from $16.7-17.7 per tonne. “The change reflects price escalation of key input costs (diesel and labour), costs related to mine heritage management, and Covid-19 related costs,” Rio said.

Second-quarter iron ore production across the region fell 9% compared to a year earlier, totalling 75.9 million tonnes. Shipments were down 12% year-on-year at 76.3 million tonnes.

“Operationally, we are not where we want to be,” said Rio Tinto chief executive Jakob Stausholm.

“We have made initial progress against our priorities, but a large volume of work remains to make Rio Tinto even stronger, so we can continue to deliver superior returns to shareholders, invest in sustaining and growing our portfolio, and make a broader contribution to society.”

In an operational update published today (16 July), the Anglo-Australian miner said full-year iron ore shipments are now expected to be at the lower end of its guidance range of between 325-340 million tonnes.

Shipments will remain “subject to Covid-19 disruptions, tie-in and ramp up of replacement mines and cultural heritage management,” the company added.

Rio Tinto has re-evaluated its mining processes in response to cultural heritage concerns this year – following its destruction of Juukan Gorge, a site of major cultural significance to indigenous groups, to make way for a mine expansion in Pilbara.

The incident cost former CEO Jean-Sébastien Jacques his job, along with a handful of other executives, and was a major blow to the miner’s reputation in its home market.

The company said iron ore production in 2021 has so far been reduced by around two million tonnes due to the amended plans, which include buffers and exclusion zones placed around areas of cultural significance.

“Blast management plans have been developed to create smaller, higher-controlled blasts to minimise vibration and protect heritage sites, which has had some impact on mining productivity and materials handling,” it added.

“Going forward this will remain a risk factor, however we are adapting mine practices and improving productivity.”

Copper production down due to Covid-19 disruption

Elsewhere in its business, Rio said copper production had fallen 13% in the three-month period to 115,500 tonnes, largely due to Covid-related disruptions at the Escondida mine in Chile, where it shares ownership with BHP and JECO Corporation.

The relocation of a crusher as well as a slope failure at its Kennecott mine in Utah, US also slowed Rio’s second-quarter copper production.

Development of Oyu Tolgoi – a huge copper and gold mine under construction in Mongolia that is expected to become a major revenue driver for Rio – was “significantly affected” by the pandemic, with staffing levels less than 25% of planned requirements.

The project has also been derailed by disagreements with the Mongolian government and operator Turquoise Hill Resources over financing structures.

Rio said “all stakeholders remain committed to moving the project forward and ensuring a long-term solution to the issues under discussion”, although a number of additional milestones need to be met to advance caving operations.