Rainbow has announced a new funding agreement, comprising an unsecured convertible security amount of $750,000 and a 24 month equity facility of up to $7.0m with an entity managed by The Lind Partners. 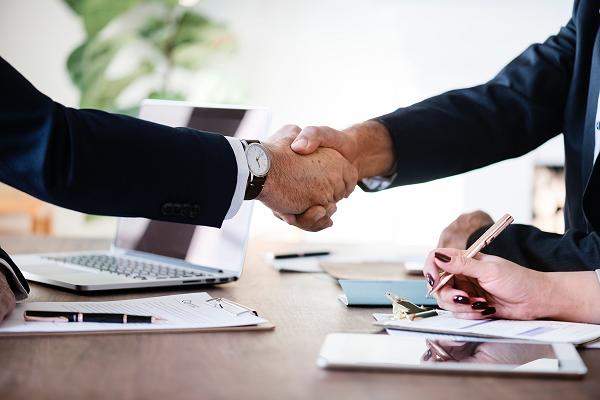 Image: The funding agreement provides Rainbow with the certainty of a base level of funding. Photo courtesy of rawpixel on Unsplash.

There are no material conditions to closing and gross initial funds of US$850,000 will be advanced to Rainbow within five business days.

Lind has agreed to advance up to US$7.75 million to Rainbow during the 24 month term

Initial proceeds comprising a US$750,000 unsecured convertible security amount and an initial share subscription of US$100,000 from Lind

The structure is tailored to provide maximum flexibility for Rainbow’s capital requirements during 2019 as production increases, expressly allowing other financing options and the right to pause or terminate the agreement at minimal or no cost

The funding agreement provides Rainbow with the certainty of a base level of funding, as may be required, over 24 months

The funding agreement provides for Rainbow to issue Ordinary Shares linked to prevailing market prices, potentially at a premium to the existing share price, thereby minimising dilution for existing shareholders

Martin Eales, CEO of Rainbow, said: “We believe that this agreement with Lind provides the Company with maximum certainty of funds whilst retaining sufficient flexibility to minimise dilution of shareholders where possible. It is an adaptable financing solution well suited to Rainbow, as we seek to increase production from existing mining sites and develop new areas.”

Phillip Valliere, Lind Partners Managing Director, said: “Lind believes Rainbow is at a critical inflection point and offers a unique investment opportunity: it’s in production, has a long term sales contract and plans to expand production in the near term.”

The Agreement also provides Rainbow with the certainty of a flexible base level of funding over the next 24 months, of up to US$7.0 million through monthly subscriptions by Lind with an initial US$100,000 advanced to Rainbow following execution of the Agreement, as a prepayment for fully paid Ordinary Shares.  Thereafter, Rainbow has the ability to vary Lind’s further monthly share subscriptions to between US$100,000 and $300,000 over the next two years.

Upon the first advance of funds to the Company, Lind will be issued with 7,500,000 Ordinary Shares (as collateral) that will be used to satisfy the Company’s obligation to issue Ordinary Shares during the term of the Agreement, or will be paid for in full at the end of the term, by reference to the pricing formula available under the Agreement.  As part of the first advance, Lind shall (through an offset of the cash amount advanced to Rainbow) receive a commitment fee of US$75,000. Application will be made for the 7,500,000 Ordinary Shares to be admitted to the Official List and to trading on London Stock Exchange plc with effect from 31 January 2019.

The terms of the Agreement expressly allow Rainbow to undertake additional financing (if required) and Rainbow has the right to pause or terminate the Agreement at either no or minimal cost.  As Rainbow’s production profile is anticipated to increase during the course of 2019, the Agreement provides maximum flexibility to cater for a range of requirements depending on the timing of production delivered by new mining areas.

The structure of the Agreement allows Rainbow to issue Ordinary Shares at prices that are linked to prices prevailing at the time, potentially at premiums to the current share price, minimising dilution for existing shareholders.  The price at which Ordinary Shares will be issued is 90% of the average of five consecutive daily VWAPs chosen by Lind during the 20 trading days prior to the issue of Ordinary Shares.

Under the Agreement, Lind will also be issued with options over 16,718,987 Ordinary Shares at a price of 5.28p being 130% of the 20 day VWAP prior to the execution of the Agreement.  The options will have a term of 48 months and the Company may accelerate the exercise of these options, subject to certain conditions, by Lind prior to the end of the term.

The Agreement contains provisions that may require the directors to obtain the approval of or the grant of authority from shareholders pursuant to provisions of the Company’s articles of incorporation. Shareholder approval is not required for the initial funding to proceed.

The above figure of 195,407,345 Ordinary Shares may be used by shareholders as the denominator for the calculations by which they will determine if they are required to notify their interest in, or a change to their interest in, the Company under the FCA’s Disclosure and Transparency Rules.