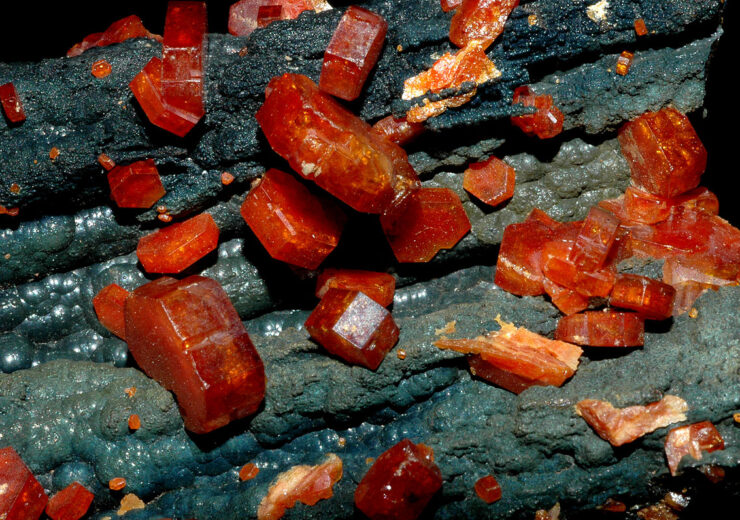 Treasurer and Minister for Trade and Investment
The Honourable Cameron Dick

The Palaszczuk Government will build and own a new processing plant for a key new resource mineral in Townsville.

The vanadium facility will be part of the Palaszczuk Government’s plan to make Queensland a leading producer and exporter of new-economy minerals and the home of new industries.

“We will continue to support our resources industry and the jobs it creates,” the Premier said.

Treasurer and Minister for Trade and Investment Cameron Dick said the new facility is a major step forward for the state’s growing production of new economy minerals.

“We want regional Queensland to be a global leader when it comes to everything that’s part of the renewable energy revolution,” the Treasurer said.

“Vanadium is used for the construction of large-scale grid batteries that store their charge in tanks of liquid.

“Because they hold their charge in a liquid form, redox batteries can be built to a much larger scale, powering larger communities for longer.

“Australia has the world’s third largest deposits of vanadium resources, but right now we don’t produce a single kilogram of processed vanadium.

“The mining companies looking to process vanadium at an industrial scale don’t have the capital necessary to make that jump.

“That’s where our Government can step in.

“Through our $520 million Invested in Queensland program, we will put at least $10 million towards this common-user facility, with the final amount depending on the outcome of the construction tender.

“A common-user facility can be used by multiple, smaller mining companies that do not have the available capital to set up their own processing facilities.

“This is an important step in attracting further investor interest and future off-take agreements.

“Once producers can see for themselves how processing occurs, they will have the confidence to invest in more manufacturing infrastructure and more jobs.

“We’re in the final stages of site selection for the facility in Townsville.

“Mining companies will be able to transport ore from their mine site to Townsville, enabling them to begin producing mineral samples at scale.”

The North West Minerals Province is a significant global source of these minerals, and the Palaszczuk Government is determined to keep supporting the resource companies that are extracting them.

Minister for Resources and Member for Townsville Scott Stewart said the project is a key milestone in delivering on the work of the North West Minerals Province Taskforce.

“In September this year, the Palaszczuk Government joined with Multicom Resources to announce the go-ahead for the $250 million Saint Elmo vanadium mine near Julia Creek.

“The Saint Elmo mine alone will support up to 400 regional jobs, laying the foundation for a potential next level industry in Queensland manufacturing vanadium redox flow batteries.

“Saint Elmo is just the beginning, with other companies progressing other potential vanadium mines in what could become a world-class vanadium hub in the North West, so having this processing facility in Townsville will ensure locals reap the benefits.

Minister Stewart said his Department of Resources would go to market in the New Year for detailed engineering assessments and costings for the plant.

Construction is expected to start in 2022, with the plant scheduled to begin operating in 2023.

Member for Thuringowa Aaron Harper said the mining, processing and exporting of vanadium in North Queensland would create local jobs.

“I welcome the development of this processing plant which will usher in new employment opportunities for Townsville, both at the site itself, and at the Port of Townsville where it will support jobs through exports,” he said.

Member for Mundingburra Les Walker said the Palaszczuk Government is ensuring Townsville and the whole of North Queensland benefits from the renewable energy revolution.

“The Palaszczuk Government is already supporting major job-creating projects in the battery storage space with the proposed Townsville Energy Chemicals Hub at the Lansdown Eco-Industrial Precinct,” he said.

“This vanadium processing facility is just adding another string to the bow of the Townsville economy, creating more jobs for locals.”