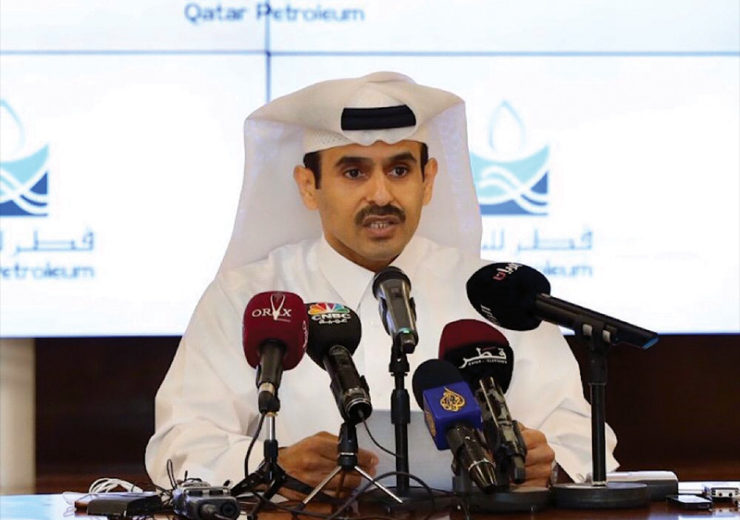 Qatar Petroleum has signed three LNG shipbuilding deals with a combined worth of more than QAR70bn ($19.23bn) with South Korean firms to address its liquefied natural gas (LNG) growth plans.

The three South Korean companies will reserve a major portion of their LNG ship construction capacity for the Qatari company through the year 2027.

“Particularly, we will build the best LNG carriers for Qatar Petroleum in terms of efficiency, reliability and HSE through the technology and workmanship developed within our company.”

Through the LNG shipbuilding deals, Qatar Petroleum will secure more than 100 ships that will be part of its future LNG carrier fleet requirements. These ships will be deployed for its ongoing expansion projects in the North Field, in the US, and in other regions.

Qatar Minister of State for Energy Affairs and Qatar Petroleum president and CEO Saad Sherida Al-Kaabi said: “The signing of today’s agreements with the three esteemed Korean companies reflects our commitment to the North Field expansion projects, even during these extraordinary times.

“As I have previously stated, we are moving full steam ahead with the North Field expansion projects to raise Qatar’s LNG production capacity from 77 million today to 126 million tons per annum by 2027 to ensure the reliable supply of additional clean energy to the world at a time when investments to meet these requirements are most needed.”

According to Saad Sherida Al-Kaabi, the new LNG ships to be delivered under the LNG shipbuilding deals will be equipped with the latest generation slow speed dual fuel engines, and will use LNG as a fuel. This is expected in ensuring the most efficient performance and compliance with the latest global emission and environmental regulations, said the Qatar Petroleum CEO.

Qatar Petroleum initiated its LNG ship construction programme for 100 and more new LNG carriers in April 2019 with an objective to address the shipping requirements of its North Field Expansion project in the Persian Gulf. The invitation to tender issued at that time also covers shipping requirements for the LNG volumes that will be purchased and offtaken by Ocean LNG, the Qatari company’s joint venture with ExxonMobil, from the Golden Pass LNG export project in the US.