PTTEP’s net profit in 2019 surges 40% from the success of strategic acquisitions, Approves dividend payment at THB 6 per share

The reserve-to-production (R/P) ratio also hikes to 7.5 years which assures the company’s steady growth while ensuring energy security of Thailand in the long run 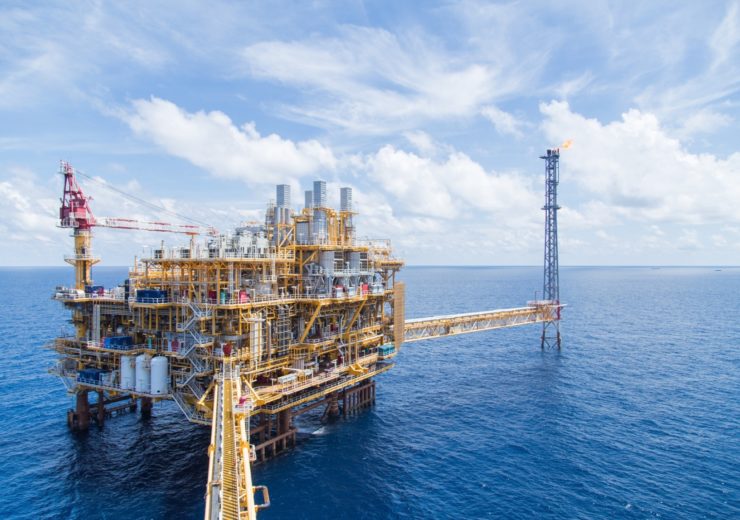 PTTEP reported its 2019 net profit of USD 1,569 million, increasing by 40% from 2018 with respect to escalating sales volume from acquisitions projects and the purchase of additional stakes in the Bongkot field. The reserve-to-production (R/P) ratio also hikes to 7.5 years which assures the company’s steady growth while ensuring energy security of Thailand in the long run.  PTTEP targets to raise sales volume by 11% in 2020.

Phongsthorn Thavisin, President and Chief Executive Officer of PTT Exploration and Production Public Company Limited (PTTEP), revealed that the total revenue last year was recorded at USD 6,413 million (equivalent to THB 198,822 million), increasing from USD 5,459 million (equivalent to THB 176,687 million) in 2018, or a 17% increment. The result mainly from the acquisitions of Murphy Oil Corporation’s assets in Malaysia and Partex Holding B.V. Consequently, the average sales volume last year reached 350,651 barrels of oil equivalent per day (BOED) or 15% increased from 305,522 BOED in 2018. Meanwhile, the average selling price also slightly improved from USD 46.66 per barrel of oil equivalent (BOE) in 2018 to USD 47.24 BOE in 2019.

Phongsthorn also said that the “expand” strategy which includes both domestic and international acquisitions and winning bids, drove the average sales volume to reach the record high of 350,651 BOED. The success under this strategy also improved the company’s proved reserves (P1) from 677 million BOE (MMBOE) to 1,140 MMBOE, representing a 68% surge comparing to 2018. This also influenced the R/P ratio to adjust upward from 5 to 7.5 years.

“In addition to higher petroleum sales volume, we have also increased petroleum reserves as targeted. We are capable of adding more reserves in the future if our exploration projects are proved successful. This is not only building growth for PTTEP but also elevating the country’s energy security in the long term. This year, PTTEP targets to raise the average sales volume by 11%, said Phongsthorn.

Based on the company’s performance, on January 30, 2020, the Board of Directors approved the proposed of 2019 payment to the shareholders at THB 6 per share. PTTEP already paid the interim dividend for the first six months operating results at THB 2.25 per share, while the remaining dividend will be paid at THB 3.75 per share on April 10, 2020, after obtaining approval from the 2020 Annual General Shareholders’ Meeting. The record date of the company’s share registration for the right to receive the dividend is scheduled on February 14, 2020.

In 2020, PTTEP will focus on the smooth transitions of the newly acquired projects, especially the G1/61 (Erawan) and G2/61 (Bongkot) to be ready to deliver petroleum as stated in the Profit Sharing Contracts. The preparation includes the drilling campaign planning, and the construction of production platforms and gas pipelines, as well as other related activities. For the Erawan field, PTTEP is now working closely with the existing concessionaire and the Department of Mineral Fuels in order to ensure production continuity during the transition. PTTEP also plan to accelerate exploration activities in high potential areas including Malaysia and Myanmar such as the Myanmar MD-7 project and the Lang Lebah-1RDR2 exploration well in Malaysia’s block Sarawak SK410B, where we made the biggest gas discovery in the company’s history, are in PTTEP’s priority as well. This also includes other nearby exploration projects in Malaysia where PTTEP will seek opportunities to effectively develop as a cluster.

Furthermore, PTTEP also focuses on utilizing technology to maximize the value of existing projects and proceeding the developments of the Mozambique Area 1 project and the Algeria Hassi Bir Rekaiz project to deliver first production as planned, contributing to long-term growth of the company.