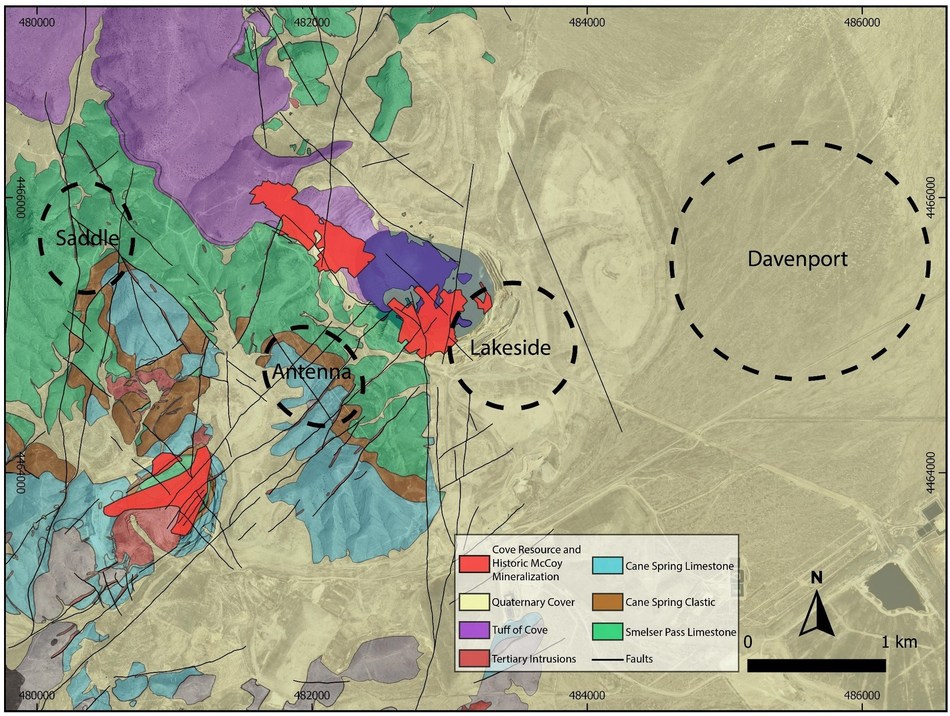 Canada-based Premier Gold has unveiled its 2020 exploration drill program at its 100%-owned McCoy-Cove project, located along the Battle Mountain Trend in Nevada.

The company is engaged in gold-production exploration and development, and its exploration programme will focus on high-priority targets located in close proximity to the Cove deposit.

Premier president and CEO Ewan Downie said: “With grades in excess of 11.0 g/t Au, the Cove deposit is one of the highest-grade undeveloped gold deposits in the United States with resources over 1 million ounces.

Exploration activity in 2019 resulted in discovery of several new structures

The exploration activity completed in 2019 has resulted in the discovery of several new structures on the grounds surrounding the main deposit that has to be drill-tested.

The company has identified Davenport, a 4 km2 magnetic anomaly as primary target that is expected to host a gold-skarn system, similar to the historic McCoy Mine and the Fortitude Mine.

Additional drilling to the east and west of the Cove pit will test for the structural extension of the Cove Anticline that hosts the Cove deposit. All targets have the potential to complement the high-grade gold resource at Cove.

Premier said that large diameter wells were drilled in 2019, to facilitate modelling water flow for a hydrology study and develop a water plan prior to the underground development.

In addition, the company is also conducting additional metallurgical work to evaluate processing options to support a potential production decision for a future underground mine.