The solar project is powered by more than 88,000 panels along with Huawei's SUN2000-(8-40)KTL all series Smart String Inverters 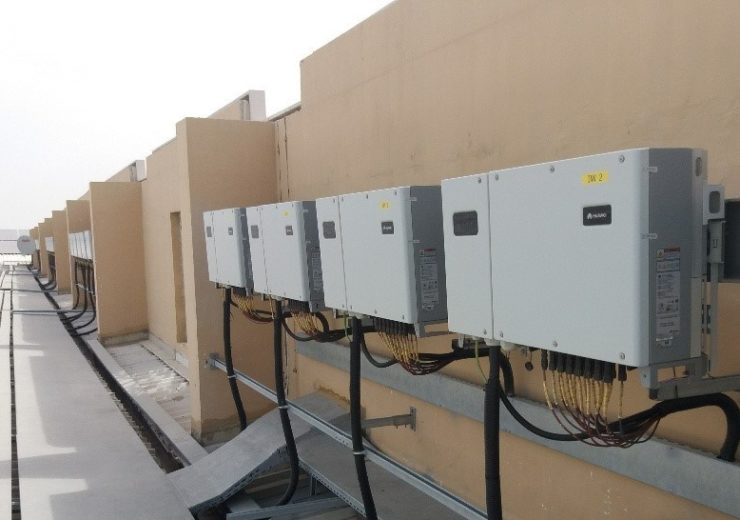 The 25.8MW distributed rooftop project was developed for DP World, a port operator. Considered to be the largest in the world, the DP World Solar project is located across warehouses, carports, and commercial buildings.

Claimed to be a key project under Dubai’s Shams net-metering scheme, it serves as a blueprint for rolling out distributed industrial solar PV in the region.

The distributed solar project will help to displace over 21,000 tonnes of CO2 emissions

The DP World Solar project benefits from the high natural irradiance in the region to generate 35,734MWh of clean energy annually and displaces more than 21,000 tonnes of CO2 emissions every year.

The project is expected to contribute to Dubai’s Integrated Energy Strategy 2030 as well as the UAE’s vision 2021 for a stainable environment.

Phanes Group company Oryx Solar Systems Solutions project execution head Stefanos Lialios said: “The project provides stable power generation to DP World thanks to the performance of the Huawei smart string inverters, especially their reliability and low failure rate since they were commissioned to the grid.

“Phanes Group supports the use of the natural cooling smart string inverters in extremely high temperatures and desert conditions, and further optimizes costs through the smart management system.”

Lialios continued saying: “We are really proud of this partnership and the project. It’s a pioneering project which will act as a kick-starter for moving the PV solar industry forward in the UAE and we are optimistic on the future of renewables in the Emirates.”

After connecting it to the grid, the 6.1GWh solar plant will feed power to the grid annually, which equates to 1,900 tonnes of standard coal saving and 966 tonnes of CO2 and 14.5 tonnes of SO2 footprints every year.