Under the 2018 contract between both companies, starting from 2023 the annual LNG volume to be delivered by the US producer will increase to 1.95 bcm after regasification 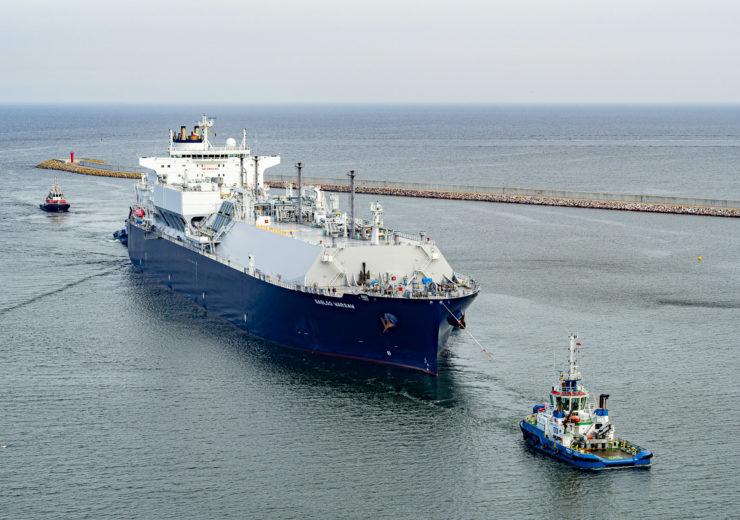 Polish Oil and Gas Company (PGNiG) has received another supply of U.S. liquefied natural gas from Cheniere, continuing the cooperation between the two companies to provide secure supplies of natural gas to Poland. Under the 2018 contract between both companies, starting from 2023 the annual LNG volume to be delivered by the US producer will increase to 1.95 bcm after regasification.

On April 28th, 2020 the LNG carrier with the symbolic name “GasLog Warsaw” anchored at the President Lech Kaczyński LNG Terminal in Świnoujście, delivering approx. 70 thousand tons of LNG, which after regasification equals about 95 mcm of natural gas. This is the third supply from Cheniere under a long-term contract with PGNiG, and the second delivered this year under the contract. The cargo arrived from the Sabine Pass export terminal on the Gulf of Mexico.

“Despite the current turmoil in the world related to the coronavirus pandemic, LNG supplies flow to Poland as planned and without any disruptions. In this respect, we can count on the reliability and timeliness of our contractors,” commented Jerzy Kwieciński, President of the PGNiG Management Board. “LNG import is one of the pillars of our country’s energy security, which we base on solid foundations of cooperation with our American partners among others. In the case of LNG from Cheniere, the supply volume will increase significantly from 2023, reaching about 1.95 bcm of natural gas annually,” added the PGNiG President.

“Cheniere is pleased to continue to reliably deliver LNG to our customer PGNiG,” said Anatol Feygin, Executive Vice President and Chief Commercial Officer at Cheniere. “We are committed to the goal of providing a secure source of U.S. natural gas for Poland, now and in the future.”

PGNiG and Cheniere Energy have been working together for several years. In June 2017, the first load of American liquefied gas in history arrived in Poland – a spot supply from Cheniere. At the end of 2018, both companies concluded a long-term LNG supply agreement, and the first cargo under this contract arrived in July 2019. In the meantime, PGNiG received a few spot supplies of LNG produced by Cheniere. The current delivery is the third under a long-term contract between PGNiG and Cheniere signed in 2018. The previous one arrived on April 1, 2020. According to the agreement, the volume of supplies covers a total of around 0.7 bcm in the entire period of 2019-2022, and throughout the period of 2023-2042 it will cover a total of approx. 39 bcm of natural gas after regasification, i.e. approx. 1.95 bcm after regasification annually.