Upon completion, the approved solar park will generate enough renewable energy to meet electricity needs of around 10,605 homes annually 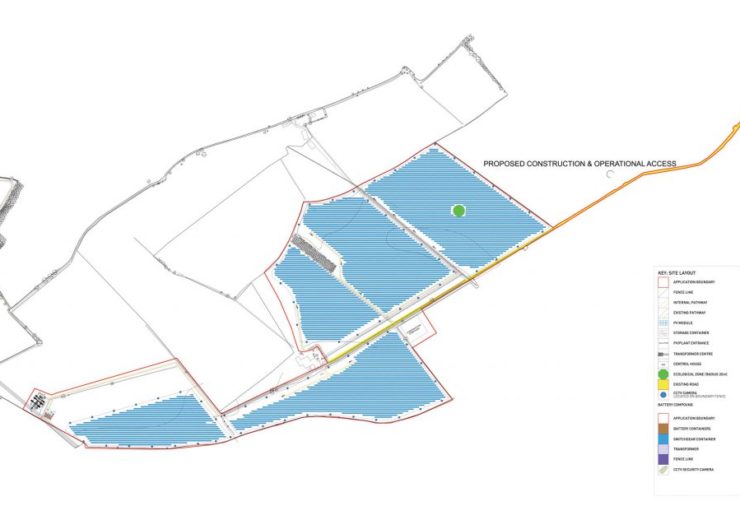 The firm has secured approval from Dorset Council on behalf of renewable energy producer and service provider, Voltalia UK.

The application was for the project to install renewables-led energy scheme that includes ground-mounted photovoltaic arrays and battery storage units.

“We have demonstrated that large-scale projects can be sensitively sited within the countryside and need-not have unacceptable environmental impacts.”

As part of its commitment to making improvement to the local community, Voltalia UK has included a permissive footpath in the project, which will link two local public rights of way.

Pegasus said that National Farmers Union (NFU) has supported the project and was well received by the local parish council.

Renewable energy produced at the project to power around 10,605 homes per year

Dorset Council climate change and ecological emergency executive advisory panel chairman Ray Bryan said: “Dorset Council is currently developing its strategy and action plan for tackling climate change, and we know that the increased generation of clean renewable energy will play a vital part in this.

“We aim to work in partnership with many more businesses and organisations in the future to achieve our ambition of helping Dorset communities become carbon-neutral as quickly as possible.”

The solar facility is expected to generate renewable energy which is equivalent to power approximately 10,605 homes annually.

The new solar project will export renewable energy to the grid for at least 35 years, after which the farm will be decommissioned if further planning consent is not applied for or granted.

In December last year, the African Development Bank Group (AfDB) agreed to provide $18.17m financing to Voltalia, the owner and developer of the 40MW Kopere Solar Power Project in Kenya.