IKEA Finland has signed an agreement with OX2 about constructing four wind farms with a total of 25 wind turbines and a combined capacity of 107.4MW in 2018 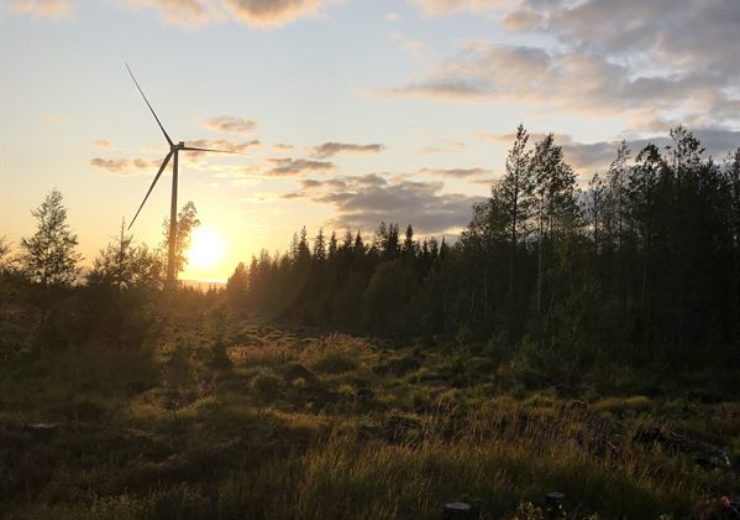 OX2 has now commissioned and handed over the 30 MW Ponsivuori wind farm in Southern Ostrobothnia to its owner IKEA Finland. In doing so, one of four windfarms in one of the largest subsidy-free wind power constructions in the Nordics has been completed.

In October 2018, IKEA Finland signed an agreement with OX2 about constructing four wind farms with a total of 25 wind turbines and a combined capacity of 107.4 MW. The project comprises the wind farms Ponsivuori, Verhonkulma, Långmossa and Ribäcken.

Ponsivuori wind farm is located in Kurikka, South Ostrobothnia and consists of 7 wind turbines from Nordex with a total height of 210 metres. Total production is estimated at approximately 100 GWh per year which corresponds to the annual consumption of household appliances for approximately 20 000 households (household = 5,000 kWh/year).

“We are excited that our investments in wind power are now taking a step forward with the handover of Ponsivuori wind farm from OX2. IKEA is committed to being climate positive by 2030 through accelerating the transition to a low carbon economy. Our investments in clean, renewable wind power stand at the core of this ambition”, says IKEA Finland’s Sustainability Manager Tiina Suvanto.

“We would like to thank IKEA, the municipality, the landowners and our subcontractors for their cooperation which has enabled the wind farm to be commissioned on schedule”, says Teemu Loikkanen, country manager OX2 Finland.