Orsted has signed a power purchase agreement (PPA) with innogy to buy 100% of the power generated by the 860MW Triton Knoll Offshore Wind Farm. 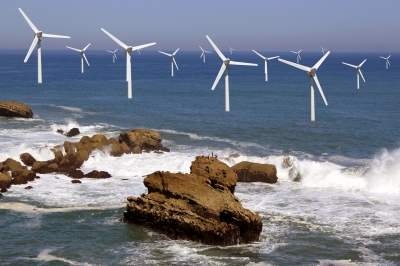 Image: The Triton Knoll offshore wind farm is expected to be commissioned in 2021. Photo: Courtesy of xedos4/FreeDigitalPhotos.net.

Under the agreement, Orsted will purchase power generated by the offshore wind farm in its first 15 years.

Orsted said: “Once the offshore wind farm is operational, Ørsted will handle the intra-day fluctuations in volume and prices balancing the power into the grid. Ørsted’s market exposure is limited to fluctuations in power prices on a day-to-day basis.

“The agreement is similar to agreements that Ørsted has with partners in Ørsted’s own portfolio of offshore wind assets.”

The offshore wind farm is expected to be commissioned in 2021.

innogy and its partners have also reached financial close for the £2bn Triton Knoll offshore wind project located 32km off the coast of Lincolnshire and 45km from the coast of north Norfolk.

The investment required for the wind farm has been secured from a consortium of 15 banks, which provided around £1.75bn debt facilities.

Innogy renewables COO Hans Bünting said: “With the signing of this PPA with Ørsted and the financial closure, which we’ve reached today, we’re confident that our flagship Triton Knoll Offshore Wind Farm has robust, financial security at its heart.

“The successful delivery of this arrangement with Ørsted also demonstrates the continued success of innogy’s ability to forge valued, strategic partnerships as we continue to grow our offshore portfolio across the globe.”