ONGC has kicked off the $5.07bn KG-DWN-98/2 project in the Krishna Godavari basin off the east coast of India by spudding the first of the planned 34 subsea wells. 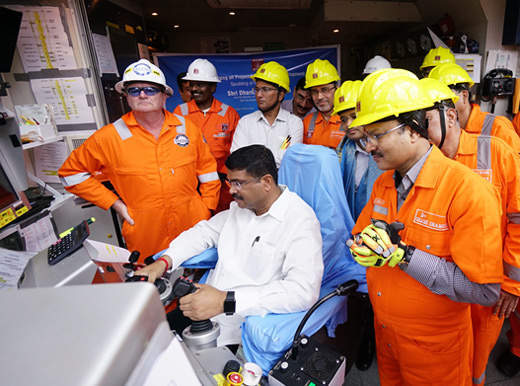 The well named as #KDG-A is being drilled by Vantage Drilling’s ultra-deepwater drillship Platinum Explorer, as part of a contract of around $118m. The drilling is being carried out 35km off the coast of Andhra Pradesh state in the Bay of Bengal.

According to ONGC, the deepwater well has a target depth of 2,346 meters, and is contained in water depth of 518m. The #KDG-A well is anticipated to produce about 5,000 barrels of oil per day (bopd).

Indian Petroleum & Natural Gas Minister Dharmendra Pradhan, who flagged off the project, said: “It is our endeavour to make these major investments in oil and gas sector bring prosperity to the people of Andhra Pradesh.”

The Minister also said that sector projects like the KG-DWN-98/2 will create huge employment opportunities.

The project will feature an offshore process platform, which will be capable of processing and evacuating 6.5 million metric standard cubic meter per day (MMSCMD) of gas. The remaining 5.75MMSCMD gas will be transported through ONGC’s existing sub-sea infrastructure at the onshore terminal Odalarevu on the coast of Andhra Pradesh.

ONGC also has plans to deploy a floating production, storage and offloading vessel (FPSO) 413m of water depth to process the oil and gas from the KG-DWN-98/2 field.