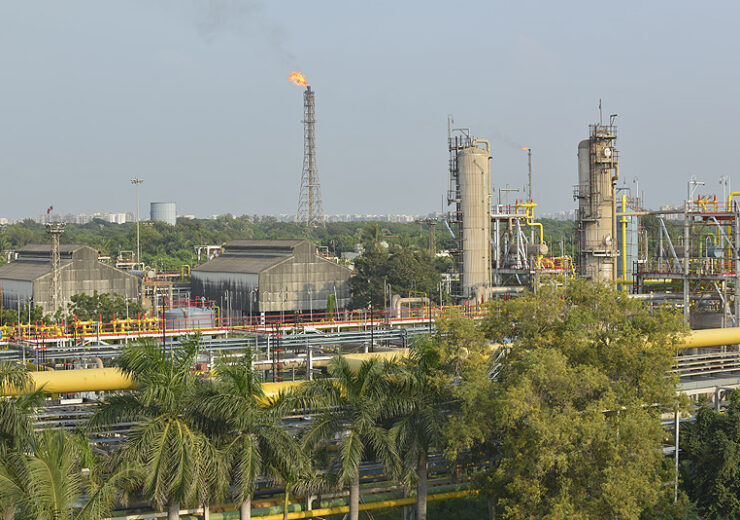 A massive fire engulfed a gas processing plant owned by Oil and Natural Gas Corporation (ONGC) in Surat in the Indian state of Gujarat during the early hours of Thursday.

The fire that broke out in the main terminal line at the ONGC plant in the Hazira suburb of the city has been doused. It was caused by three consecutive blasts inside the premises at about 3:00 AM.

There have been no reports of any casualties or injuries.

ONGC tweeted: “Fire at Hazira Plant has been completely extinguished. Efforts are being made to resume normal operations at the earliest.”

However, the reason behind the multiple explosions is yet to be determined by the oil and gas company, which is owned by the Indian government.

Surat district collector Dhaval Patel had earlier told ANI that a vapour cloud of hydro carbon was visible at the gas processing plant.

Dhaval Patel has been quoted by the news agency, as saying: “The fire took place in the gas terminal plant and the technical activity to reduce the air pressure has been carried out by the ONGC officials. Slowly, the fire is being brought under control.

“There is no need to shift the people in the area. No casualties have been so far reported.”

Several fire tenders from Surat and nearby areas were deployed to extinguish the fire in addition to ONGC’s own fire system, reported News18.

Established in 1985, the ONG plant in Hazira is considered to be among the largest sour gas processing complexes in India. The plant has been engaged in processing sour gas and sour condensate to produce sweet gas and other products such as LPG, SKO, naphtha, ATF, propane, and HSD.

The ONGC gas processing plant is supplied with natural gas produced from various fields offshore Mumbai via a pipeline.

The refined gas from the Hazira plant is then transported through Gas Authority of India’s Hazira Vijaypur, Jagdishpur (HVJ pipeline) to various industries and also for domestic use in six Indian states.