The solar farm is expected to generate 685,000MWh of clean energy annually, while offsetting 154,000 tonnes of CO2 emissions 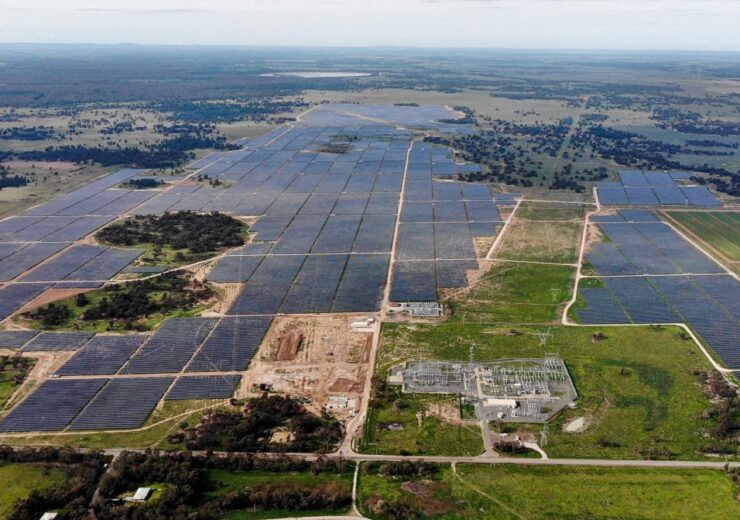 The solar farm is said to be largest solar farm connected to the National Electricity Market.

Powered by nearly 1 million solar panels spread over in an area of over 1,000ha, the solar farm will generate enough clean energy to power more than 110,000 average Australian homes.

Annually, the solar farm is expected to generate about 685,000MWh of energy, while saving nearly 154,000 tonnes of CO2 emissions.

Octopus Investments Australia managing director Sam Reynolds said: “This is a significant milestone for the Australian electricity market. Solar farms of this scale will be essential to filling the gap in power generation that will soon emerge as more of Australia’s ageing coal fleet retires, especially in New South Wales.

“AEMO’s latest Integrated System Plan aligns with our ambitions – to finance the urgently needed expansion of renewable energy in Australia.

“This comes with the challenge of ensuring the new generation can operate reliably on the power grid and maintain system strength. With two synchronous condensers we’re confident this project can be seen as a trailblazing template for the future of renewables in Australia and beyond.”

In December 2018, Edify Energy had signed a power purchase agreement (PPA) with Delta Electricity to sell 150MW from the Darlington Point solar farm. The PPA is valid from the date of beginning of the plant’s operations till 2030.

“This follows many years of hard work by the Edify team developing, financing, overseeing construction of, and now asset managing the largest operating solar farm in the country.”