Equinor has announced the installation of what it claims to be Norway’s longest and largest oil pipeline next to the riser platform at the Johan Sverdrup field in the North Sea. 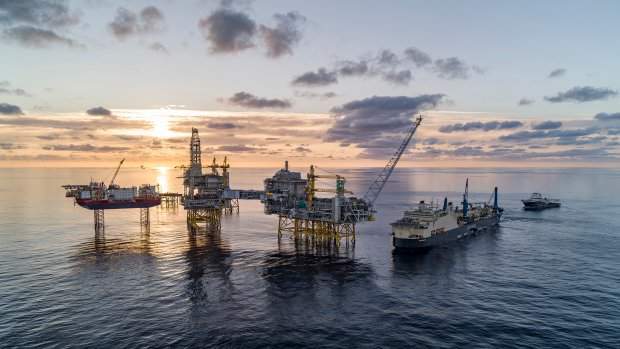 Installed by Saipem Castorone vessel, the new 36-inch 283km pipeline extends from the Mongstad oil terminal outside Bergen to the Johan Sverdrup field.

Equinor’s Geir Bjaanes, who is responsible for subsea, power and pipelines for the Johan Sverdrup project, said: “We have together with our supplier Saipem succeeded in laying the oil pipeline to Johan Sverdrup without any serious incidents.

“It has been a significant operation, involving more than 600 people at the most, who have welded together over 23,000 pipes to create what has now become Norway’s largest and longest oil pipeline.

“The oil pipeline plays a really central role in the project. When the Johan Sverdrup field produces at peak, 660,000 barrels of oil valued at more than NOK 350 million each day, will flow daily into Mongstad.”

Saipem Castorone, which commenced pipelaying operations at Mongstad in April 2018, will now be used to install the 156km gas pipeline with planned completion during the autumn.

The gas pipeline will extend from the Johan Sverdrup field to connect to the Statpipe pipeline.

The completion of the pipeline operations marks the end of Equinor’s 2018 Johan Sverdrup installation campaign.

In 2019, the firm plans to install the last two topsides and remaining bridges prior to the startup of the first phase of the Johan Sverdrup development in November 2019.

Being developed in phases, the Johan Sverdrup field will have production capacity of 440,000 barrels of oil per day in the first phase.

The field is expected to have peak production capacity of up to 660,000 barrels of oil per day, which is equivalent to 25% of all Norwegian petroleum production.