Located in production licence PL033 on the Norwegian Continental Shelf, the Hod field is planned to be redeveloped by Aker BP 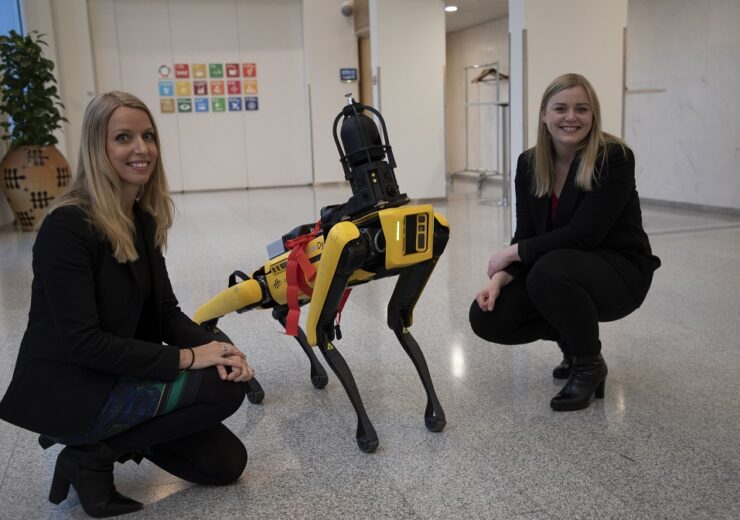 The Norwegian Minister of Petroleum and Energy Tina Bru handed down the PDO for the Hod field to the robot dog Spot. (Credit: Aker BP)

Norway’s Ministry of Petroleum and Energy has approved Aker BP’s plan for development and operation (PDO) for the Hod field in the North Sea.

Located in production licence PL033 on the Norwegian Continental Shelf, the Hod oil and gas field is planned to be redeveloped by Aker BP.

The field, which was proven in 1974, commenced operations from 1990. Production, however, from the platform was stopped in 2013.

Norwegian oil company Aker BP is the operator of the field with a 90% ownership interest, while the remaining 10% stake is owned by Pandion Energy.

The new NOK5.7bn ($648.6m) development of the field involves a normally unmanned wellhead platform with 12 well slots. The installation will be remotely controlled from the Valhall field centre.

In a press statement, Aker BP said: “The Hod development provides activity and jobs for suppliers located in all parts of Norway; Aker BP has already awarded 100 contracts above one million NOK to suppliers in 23 municipalities in nine counties around the country.”

Aker BP plans to commence production from the new Hod platform field, which will be named Hod B, in the first quarter of 2022. It is expected to be operational until 2049.

As per the estimates, the field has recoverable reserves of about 40 million barrels of oil equivalent.

In order to increase recovery from the Hod field, five wells with sidetracks will are planned to be drilled. It will receive power from shore via Valhall field centre.

In July, Aker BP awarded an engineering, procurement, construction and installation (EPCI) contract to Subsea 7 for pipelines, umbilicals and tie-ins for the Hod field development project.