Annual solar energy production in North Carolina jumped 36% in 2018, according to the latest government data – firmly placing North Carolina as the No. 2 solar-producing state in the nation. 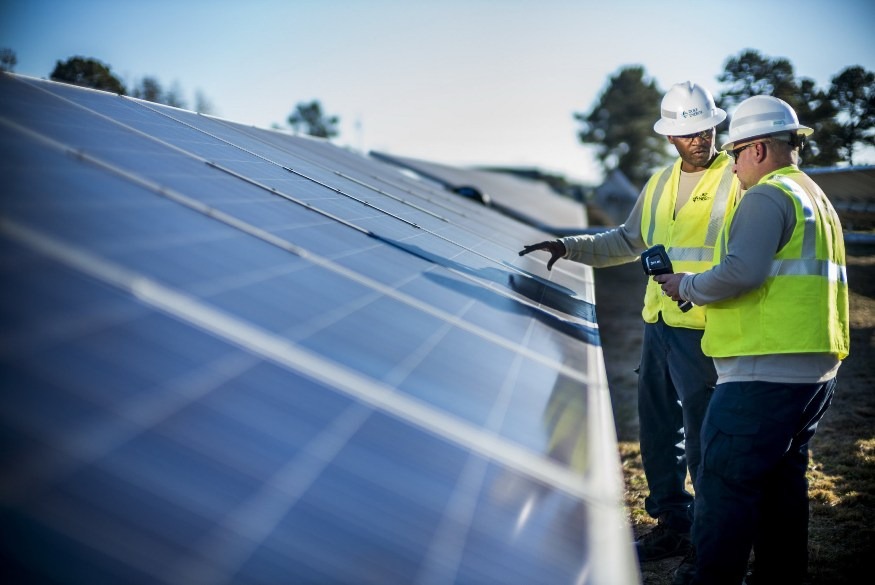 At year-end 2018, EIA reported North Carolina produced 7.2 million megawatt-hours of solar generation – enough to power more than 600,000 homes. North Carolinas was third in the nation for connecting new solar projects in 2018. Most solar energy produced in North Carolina is owned or purchased by Duke Energy.

Energy mix getting cleaner in the Carolinas

With 4 million customers in North Carolina and South Carolina, Duke Energy continues to build a smarter energy future. In the Carolinas, more than half of the energy produced comes from carbon-free resources including nuclear, hydropower and solar.

The company is also continuing to pursue battery storage, with a $500 million investment slated over the next 10 years and projects already underway in the Asheville area.

Duke Energy owns and operates more than 35 solar facilities in North Carolina and has invested more than $1 billion in renewable energy in the state.

The company also continues to introduce new solar programs for different types of customers. The company’s $62 million solar rebate program for residential, commercial and nonprofit customers in North Carolina has helped 3,000 customers go solar in its first two years. Duke Energy will continue offering these rebates over the next three years.

The process, being overseen by an independent administrator, seeks to add 680 MW of new solar capacity in 2019 – enough to power about 125,000 homes at peak output. This will ensure the best and most cost-effective projects are built to benefit customers in the Carolinas. Winning projects are expected to be named this spring.

In 2018, Duke Energy also became one of the few companies in the Carolinas to offer solar leasing to commercial customers. A subsidiary of Duke Energy will build, own and operate on-site solar facilities that will allow customers in North Carolina and South Carolina to access renewable energy without paying a large upfront investment.

For industrial customers, the company recently received the order from the North Carolina Utilities Commission for its Green Source Advantage program in North Carolina. This “green tariff” provides customers the flexibility to negotiate directly with solar developers to add more renewable energy to the grid, with no cost to other customer classes.