German company Nordex Group has been awarded a contract to supply wind turbines for the 595MW Lagoa dos Ventos wind project in Brazil. 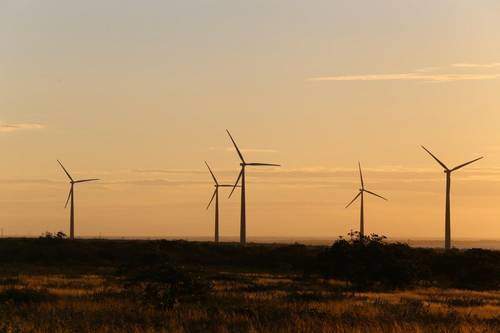 As per the deal, signed with Enel Green Power, Nordex will supply and install a total of 191 turbines for the wind farm located in the state of Piaui in the north of Brazil

The wind turbines, each with an installed capacity of 3.15MW or 3.0MW, will be mounted on top of 120m concrete towers.

Nordex is planning to produce the towers locally at its plant in Brazil in a bid to reduce costs and minimize the environmental footprint.

Installation of the turbines is planned to commence in October next year. Nordex plans to provide servicing for the wind project for at least two years.

Enel Green Power will be the owner and later operator of Lagoa dos Ventos wind farm.

In 2017, Nordex was selected to supply 65 turbines from the same series for another project located in Piaui state in Brazil.

The latest deal brings Nordex’s total installed capacity and under construction in Brazil to 1.9GW.

Overall, Nordex has installed wind power capacity of more than 23GW in over 25 markets, with a sales of around €3.1bn in 2017.

In June, the company had secured a contract from the Brazilian utility Furnas, a subsidiary of Centrais Elétricas Brasileiras  – Eletrobras for the delivery installation of the 123MW Fortim wind farm, located in the state of Ceará in north-eastern Brazil.

The project will include 41 AW125/3000 turbines, with installation work commencing at the beginning of 2019.

Nordex said: “This coastal location is characterised by strong wind conditions with low turbulence for which the AW125/3000 has been designed. The wind farm will have a capacity factor of a good 40 percent.”

Employing nearly 5,000 employees, the company has production plants in Germany, Spain, Brazil, the US and India.