Bahrain’s National Oil and Gas Authority (NOGA) has signed a memorandum of understanding (MoU) with Eni to carry out exploration in the offshore Block 1 in the country’s northern territorial waters. 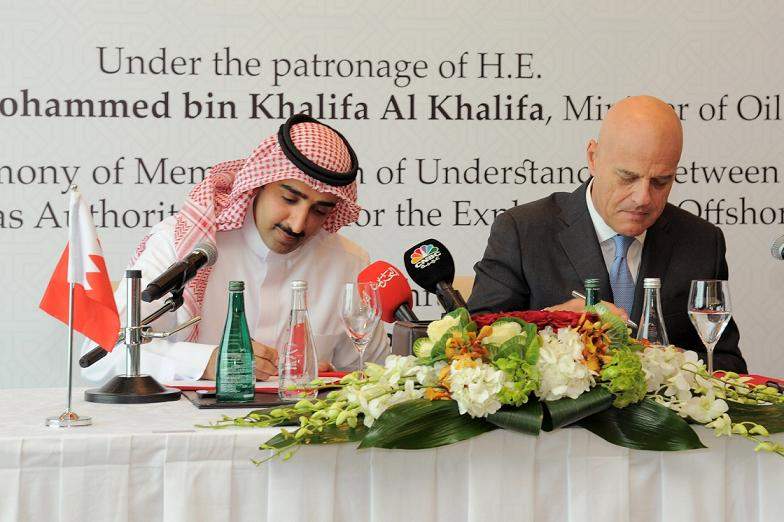 The MoU enables Eni to pursue extraction of oil and gas in an area that spans more than 2,800km2 and is still largely unexplored. Block 1 is contained in water depths, ranging from 10m to 70m.

According to Al Khalifa, the signing of the MoU with the Italian oil and gas giant is a positive step in the right direction towards improving cooperation and investment.

The Minister also said that the MoU enables comprehensive discussions to look into all aspects pertaining to the technical and commercial conditions for potential exploration and development within a reduced time frame.

Eni CEO Claudio Descalzi said: “This MoU and the exploration in Block 1 will allow Eni to start cooperating and investing in a country that was one of the first in the Gulf to produce oil and which now aims at unveiling its offshore potential.

“Entering in Bahrain will enable our company to expand its presence in a key region of the Middle East, in line with our strategy aimed at diversifying our exploration portfolio across basins with liquid hydrocarbon potential while keeping high quality stakes throughout the exploration phase.”

The Italian oil and gas major has been pursuing a strategy of growing in the Middle East. In the Sharjah emirate in the UAE, the company was awarded Areas A, B and C onshore Exploration Concession Agreements during an exploration bid round held by Sharjah National Oil Corporation (SNOC).

Eni will be the operator in the concessions with 75% stake with the remaining 25% to be held by SNOC.

In November 2018, the company was awarded a stake of 25% from the Abu Dhabi National Oil Company (ADNOC) in its ultra-sour gas project in the Ghasha Concession located offshore Abu Dhabi.