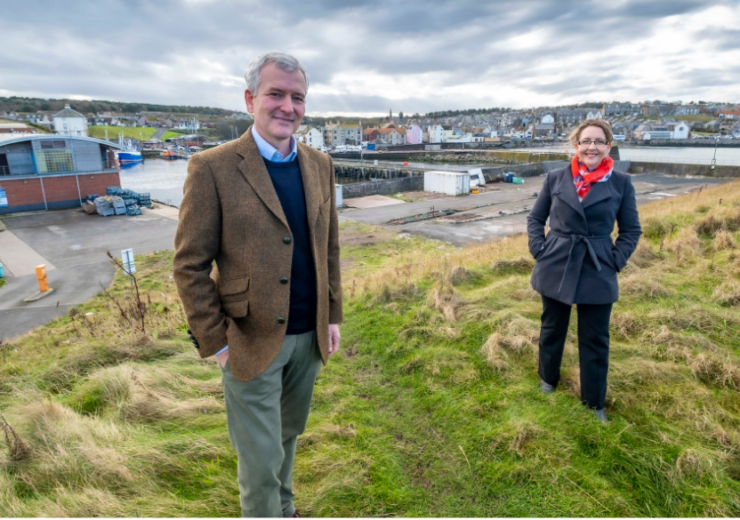 Lease signed for using the Eyemouth Harbour as the O&M base for the NnG offshore wind farm. (Credit: EDF RENEWABLES | ESB)

The Eyemouth Harbour in Scotland has been confirmed as the operations and maintenance (O&M) base for the 450MW Neart na Gaoithe offshore wind project (NnG offshore wind farm).

The confirmation was made through a 25-year lease agreement signed between the project holding company NnG Offshore Wind and Eyemouth Harbour Trust (EHT).

NnG project director Matthias Haag said: “Eyemouth is the perfect location for our O&M base and it’s testament to all the hard work of the NnG project team and the Eyemouth Harbour Trust that we have signed the lease for the building and can now start construction on site.”

According to NnG Offshore Wind, the construction on the three-storeyed main O&M building and a two-storeyed storage warehouse will begin next month.

The O&M building has been designed by Corstorphine + Wright Architects. It will accommodate the office, warehouse, and staff welfare facilities needed for supporting the servicing of NnG offshore wind farm.

Eyemouth Harbour Trust chair Donald Duggan said: “NnG’s presence at Eyemouth Harbour enables the port to undergo a dynamic transformation. This will not only affect the infrastructure of the harbour but will touch the lives of the Eyemouth community who have already embraced this venture with open arms.”

Currently under construction, the wind farm is slated to become fully operational in 2023. It will have an operational life of 25 years.

Onshore construction is in progress for the project at multiple locations along the cable route laid between Thorntonloch beach and the Lammermuir Hills.

On the other hand, offshore work began in August 2020 with seabed preparations undertaken ahead of the installation of pile casings.

The NnG offshore wind farm, which is being built in the North Sea, will power more than 375,000 homes.

It is also expected to offset more than 400,000 tonnes of CO2 emissions annually.

The project will be equipped with 54 8MW wind turbines supplied by Siemens Gamesa Renewable Energy.