Watts up in China

CHINA PRODUCED 479.4BKWH of electricity in the first quarter of 2004. Although this indicates a 15.7% increase in power production compared to the same period in 2003, most regions of the country, where the economy grew rapidly, still suffered from power shortages. 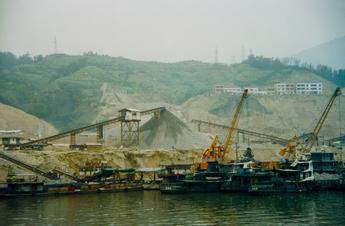 Of the total power generated, hydro facilities produced 45.6BkWh, up 2.2%, and thermo power plants generated 419.9BkWh, increasing by 17.3%, with the remaining 11.2BkWh contributed by nuclear power stations, up 15.4%.
Despite the 2.2% point increase in hydro power output, boosted by the launch of generating facilities at the Three Gorges project, production had fallen overall. The provinces of Yunnan, Guangxi, Fujian, Hunan and Guizhou, which usually rely on hydro, reported output declines of up to 70% between January and March. The shortfall in output was attributed to low rainfall in these areas.
Meanwhile, power consumption nationwide climbed by 16.6% compared to the same period in 2003, reaching 477.0BkWh. Due to power shortages, blackouts were seen in 23 provinces over the quarter.